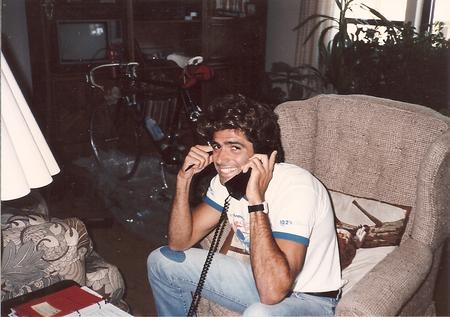 This photo was taken in 1986 at my condo in Bellmore.  What a concept, Steve was on a land line phone!

Seeing his bike on a trainer in the background brought back a more recent memory. In his last days spent at home before he went to Sedona earlier in 2015, periodically, Steve would force himself to go down to our dreary, unfinished basement and put in at least 20 minutes on his Computrainer (stationary biking) in an effort to fight his depression.  This was no easy task for him and he struggled.  It is still so hard to imagine him finding it difficult to get through a 20 minute workout.

After all, Steve completed 18 Ironman triathlons in his life along with countless other triathlons over the years and he was the epitome of fitness,   But, that is the insidiousness of mental illness.  Steve researched and tried everything to fight the mental illness; medications, counseling, diet, supplements, yoga, meditation etc.  He was such a strong human being, both physically and mentally (how else can one get through an Ironman triathlon, let alone 18 of them?), yet in the end, it wasn't enough to fight this disease.  Steve fought a valiant fight until he could no longer battle the torture his conflicted mind experienced from this illness. 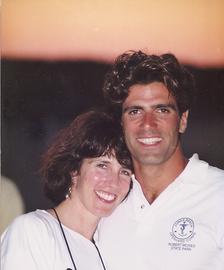 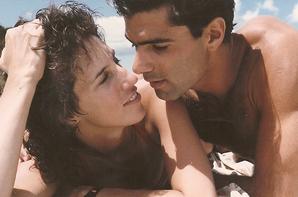 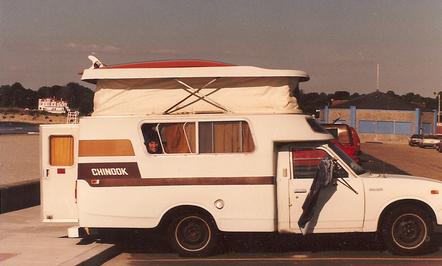 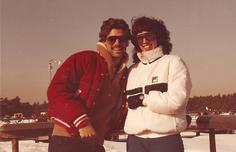 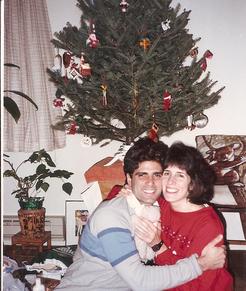 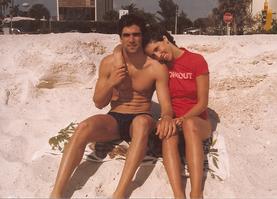 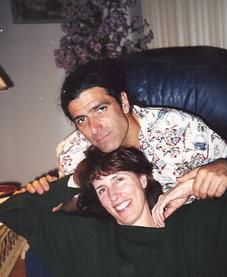 On a dive boat somewhere in Hawaii, year unknown 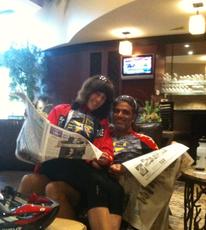 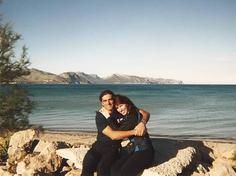 Back in the early 1980's, Steve asked me to go camping to Lake Hopatcong, NJ.  A lifeguard friend of his was going with his family and he asked Steve if we wanted to join them.   I was excited over the opportunity to impress Steve and show him that I was in touch with nature, even though I never had camped before.  We ended up pitching a little green pup tent at the camp site.  Well, we both ended up being miserable; it was buggy, then it started pouring rain and some creature was crawling on the roof of our tent.   The ground was rock hard and the outhouses were gross.  As time went on,  our infrequent camp trips had a prerequisite of close access to hot showers and real bathrooms.  Steve bought a little camper called a Chinook and in 1987, we drove it to the lifeguard championships in Rhode Island.

We also had some wonderful camping trips in the Chinook at Hither Hills in Montauk.  At one of these trips, I remember waking up very thirsty in the middle of the night, fumbling around in the darkness of the Chinook,  looking for the water jug. A barely coherent, sleepy voice starts mumbling, "Don't drink the antifreeze", then we both busted out laughing.   We had belly laughs over this moment for many years.

Our last camping trip together was about two or three years ago, parking a pop up camper in the driveway of a friend's house (abiding by our rule of access to hot showers and a bathroom).

Over time, our perfect idea of a camping trip evolved into driving by a camp ground on our way to a  hotel room that had comfortable beds with clean sheets and our own private bathroom. 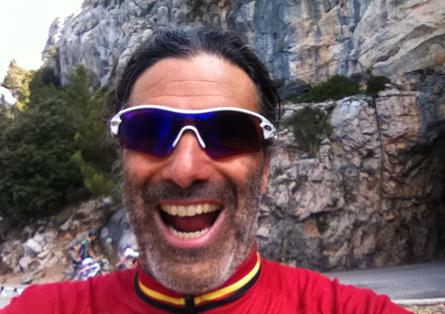 When I found this photo, it brought such a smile to my face.  Every couple has their own sayings and rituals that are special and unique to them and Steve and I were no different in this regard.

Many times, when Steve or I saw an individual smiling or chuckling to themselves, depending on who saw the person first, one of us would mutter under our breath to the other, "What the f*** is he (or she) so happy about?"  Inevitably we would both break out into laughter.

I wonder now if there may have been people witnessing our shared moment of laughter and thinking to themselves; "What the f*** are they so happy about?" 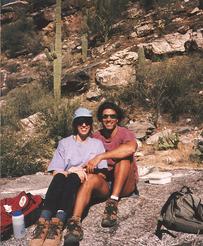 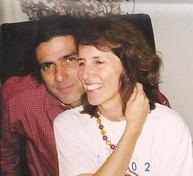 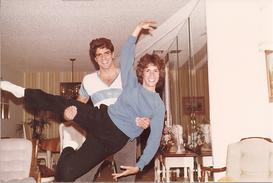 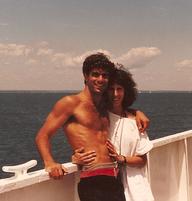 I was so lucky to have so many memories of shared good times and smiles. 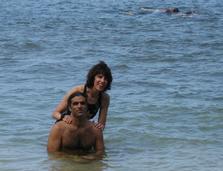