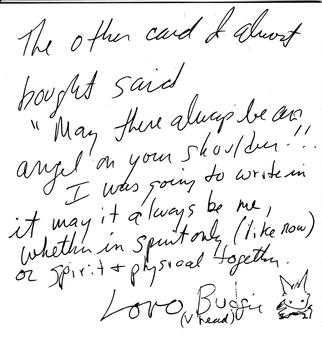 Steve and I celebrated Valentine Day 34 times.  He was a true romantic and every year Steve always had a wonderful surprise for me, whether it was a sweet handwritten card, a poem or flowers. Sometimes Steve would include a handwritten menu in a card and prepare a special candle lit Valentine's Day dinner for me.

On February 14,  2014, while he was at an inpatient facility in Tucson, Steve mailed me a card with a beautiful written sentiment that I still hold dear to my heart. Even though he is no longer here, I believe Steve is still watching over me as the angel on my shoulder.  My last Valentine's Day with Steve was in 2015, before he left for Sedona.  I was at our house with my best friend Judy.  When Steve came home, he gave each of us two roses, then took us out to lunch.  It is a memory I will always cherish. I knew how much Steve was struggling with the decision to go to another inpatient facility, yet, he was still so thoughtful and remembered to celebrate Valentine's Day with both Judy and I, even in the midst of his emotional turmoil.

Happy Valentine's Day Steve.  I miss you so much. 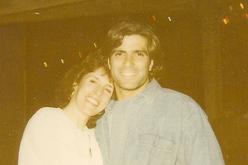 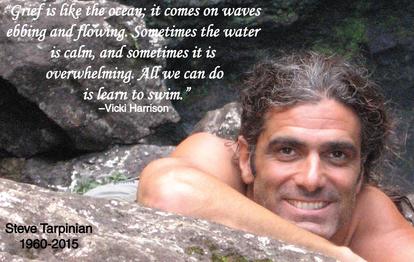 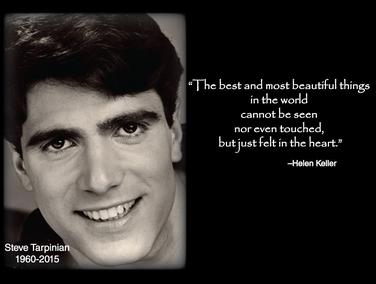 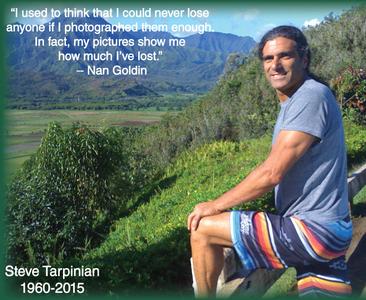 When I saw this quote, it really hit home for me.  In the late 1970s, my parents moved to Florida.  Whenever I visited them, I insisted on family photos, at least one with everyone smiling and one with goofy faces.  Luckily, they all humored me and as a result, my bedroom wall is lined with these family photos taken over the course of many years.  As I look at them now, many of the people in them are no longer here, but I am thankful for the memories they help me recall.

A memory of those times that I will never forget was that I would always cry when I left my parents to return home.  One time, as we were leaving to return to NY, Steve asked me why I was crying.  I told him it was because I thought that visit would be the last time I would see my parents alive as they were getting on in years.  Steve then asked me if I told them I loved them when I kissed them goodbye.  I said no, since my family was never very emotionally expressive.  He turned the car around to go back to my parents and encouraged me to give them one more hug and tell them I loved them.   That was a beautiful gift Steve gave me.  From that point on, I told my parents I loved them often and I believe we had a better relationship for it and I no longer cried when I left them.

Regarding photos, as it was with my family, it was the same with Steve.  Subconsciously, I probably thought I would never lose him if I had enough pictures of him.  I did lose him, but these memories of times with him will never be lost and I am so grateful for having these pictures to share and help tell Steve's story.  The morals of today's post? 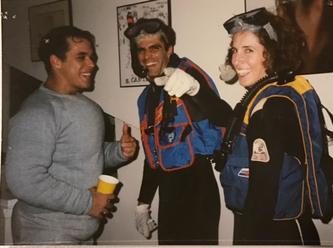 Recently, Paul Ryan, a good friend of Steve's (and mine as well), sent me a photo he had found.   The shot was taken of Steve, Paul and myself  at Paul's 1985 Halloween party in NYC.  Being the scuba divers we were back then, Steve and I thought our diving gear would make great costumes.

What I remember most about this party was us trying to climb stairs with our fins on and sweating so much in our wetsuits.  No matter how hot or awkward it was for us, we still had a blast.  Steve always knew how to make the best of any situation and always managed to make me laugh.  Paul told me this photo has become refrigerator worthy in his home.  :-) 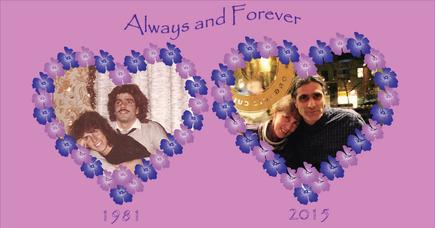 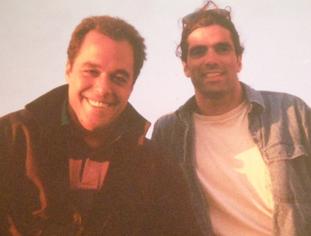 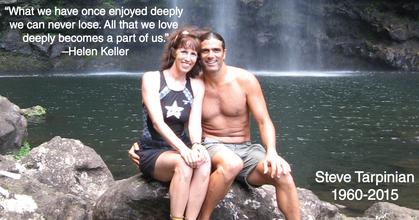 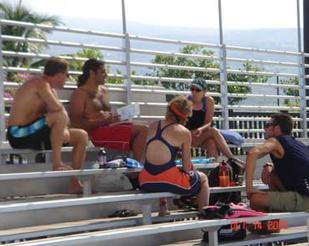 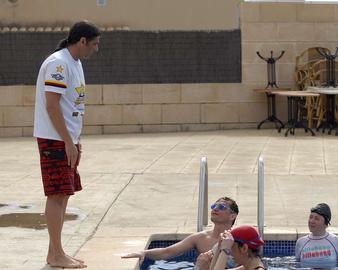 As was evidenced in Slipped Away's chapter 4, many athletes from beginners to professionals, all acknowledged Steve's great coaching abilities. I am not a swimmer (that is probably why Steve and I were together for so long), but I was lucky to see how Steve naturally adjusted his coaching style depending on who he was coaching. I will never forget when he was teaching a young boy how to swim at the Nassau County Aquatic center. (CJ, you know who you are). Steve was so gentle and encouraging and was so in tune with what this young person needed to hear to overcome any fears he had putting his head in the water. I saw Steve on the pool deck, coaching all levels of athletes from around the world. His reputation as a swim coach was so respected, he coached several professional triathletes as well. Steve had incredible insights for analyzing what drives athletes and how best to approach coaching them. Below is a paragraph from one of Steve's published books:

"I find triathletes' perspectives on swimming fascinating. A significant number of triathletes view swimming as a "necessary evil," an event to get over with (as fast as possible) so they can get on with the triathlon. A similar attitude is common among fitness swimmers. They love the feeling they get from swimming, but the actual activity of swimming they see as a means to an end. While evolution has helped foster these feelings due to biking and running being land activities and us being land mammals, consider another perspective that I hope will empower you to higher levels of enjoyment and performance. The challenge and journey to working and seeing your swimming improve is itself a rewarding activity."
Steve Tarpinian, The Triathlete Guide to Swim Training 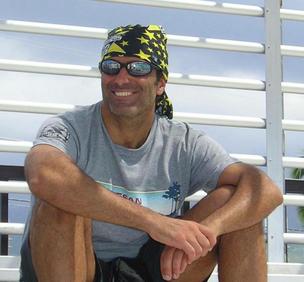