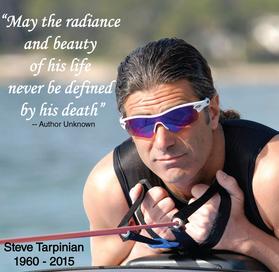 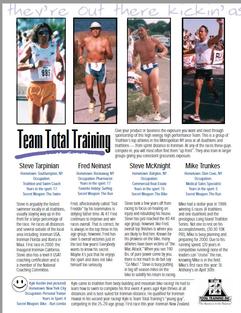 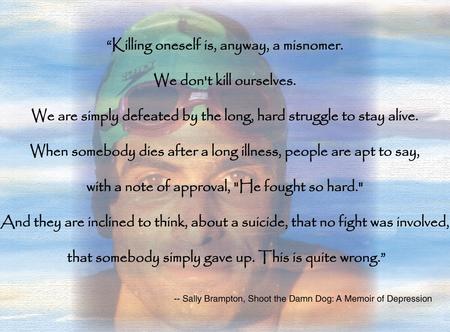 It is the week before my 2016 birthday, my second one without Steve since he passed.  He always had a way to make getting older fun for me.

Much to my surprise, I received this postcard in the mail this week.  Although I am not into jewelry, It blew my mind and gave me the chills.  Steve had ordered some things in the past from this company, but I have no idea where they got my name from.  My good friend Judy believes it is a sign, especially since I have recently lamented to her and in my blogs that I questioned whether Steve really loved me.  Always a skeptic, I must say now, I am starting to become a believer.

An athlete I do not know recently posted on slowtwitch.com (the who's who of online triathlon websites) about an article Steve had written in 1997 that he still remembers.  I reached out to thank him for helping to continue Steve's legacy and he responded as follows:

"I still have that May 1997 issue of "Inside Triathlon" which has that article by Steve.  As a lifetime swimmer who has just never had a strong flutter kick, I took solace from Steve's pointing out that even Olympic silver medalist Anders Holmertz has little to no kick.  I never even made the Oly Trials but
at least I know it wasn't just b/c of my lack of a kick.  :)

Changing subjects, I bought your "Slipped Away" memoir, read it in afew days, and found it an excellent book.  I have it in my small collection of sports books here at the house.  I had a good friend who took his own life right after his 50th B-day, when running injuries had left him unable to run and even made walking painful.  He left behind his wife and 10-yr old girl, which is extremely sad.  Apparently, he could still swim and bike with no problems, and in fact he had recently done a 10K OWS, but apparently swimming and biking just didn't do it for him the way running did.  As you've said numerous times, you can just never know how a person is really feeling inside.  He died 6 yrs ago this month". 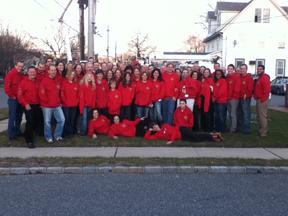 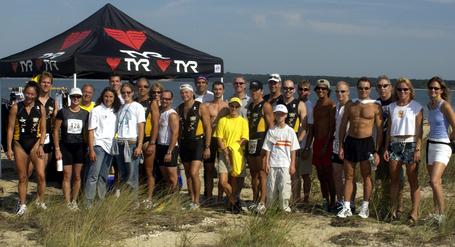 TTT through the years 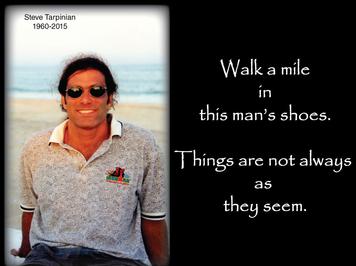 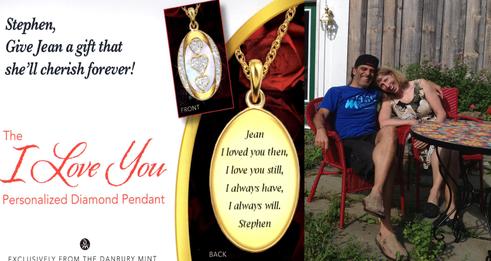 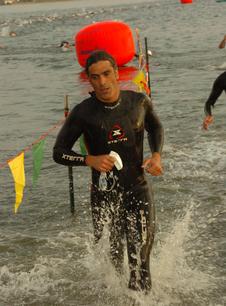 Steve founded Team Total Training back in the 1990's.  Back then, there were just a few members and they were all  fellow triathlete friends of his.  Over the years, the team morphed into a 'multisport' team and all runners, bikers and swimmers were welcome and one did not have to be a triathlete to join.   Steve fostered such a great environment of camaraderie and fun, the team grew exponentially.  By 2010, the team had almost 300 members.  After Steve passed away, some loyal team members and coaches wanted to continue Steve's legacy and the team is now known as Tarp's Total Training in his honor.  I am so thankful to Natalie, Pete, Shawn and Nigel for making this happen.  What Steve created in the triathlon team was a beautiful thing and I am happy it continues to thrive led by people who loved Steve and still believe in his coaching philosophies and vision. 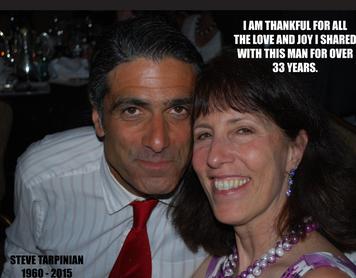