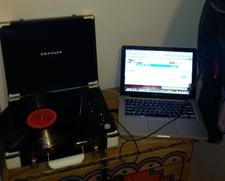 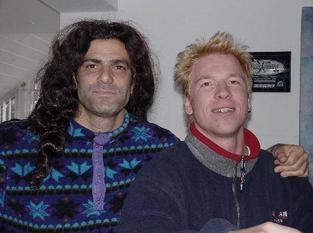 Steve as a teenager; at one of his favorite places to be, the beach. 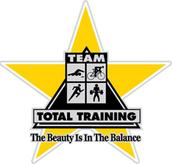 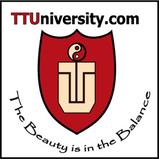 Steve prided himself in being an "old school" kind of guy. He never got a smart phone and continued to use his flip phone, always saying he was waiting for the next version of iPhone. Steve also still had his first car, a 1972 TR-6 that he bought with his newspaper route earnings.

Steve saved all of his record albums from the 1970s and 1980s. Even though he had an iPod and listened to digital music, he always preferred the imperfect sound of a record playing, scratchy needle noise and all. For Christmas, in 2014, I bought him a Crosley USB Turntable so he could either listen to his albums and/or convert their songs to digital.

We always joked that he fell in love with me because I was older than him. When I was graduating high school, Steve was only in the fifth grade

With myself being a graphic artist and Steve being the creative soul he was, we would have some interesting conversations about whether one was inspired by something or was just copying something. For 2014 Christmas, Steve gave me a book; "Steal Like an Artist" by Austin Kleon.

Two of my favorite quotes from the book:
1. "Forget the old cliche about writing what you know: Instead, write the book you want to read" (Slipped Away is the book I want to read, however it started out as a book written about what I know).
2. "As the French writer Andre Gide put it, "Everything that needs to be said has already been said. But, since no one was listening, everything must be said again""

Steve was a firm believer in quotes; whether they were course signs with inspiring quotes he created for his event company's triathlons, quotes he put on a cycling jersey he created for his cycling camps or quotes he referenced in his writings or every day conversations. Three of his favorites; "There are no coincidences" (I believe this is from The Celestine Prophecy), "The definition of insanity is doing the same thing over and over and expecting different results" by Albert Einstein and "There is no 'I' in team"; author unknown.

A quote, which was Steve's mantra and also a guiding force in his coaching style was "The Beauty is in the Balance". The quote was part of his Triathlon Team's logo as well as his coaching/training logo. It is so ironic as Steve struggled so much to find balance in his own life, yet he was able to help so many to accomplish so much when they embraced that philosophy.

Steve with friend Mike on 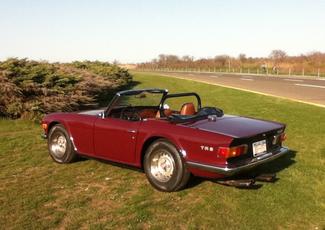 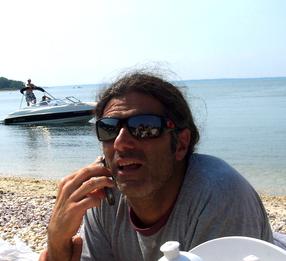 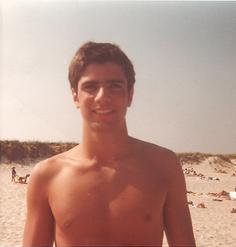