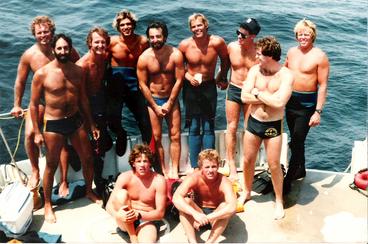 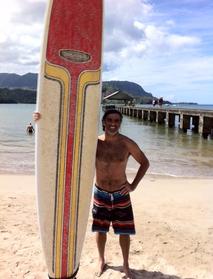 Year, location unknown, Steve so happy in his element 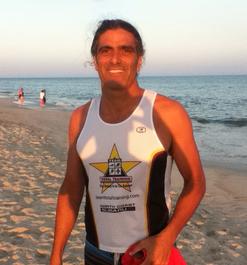 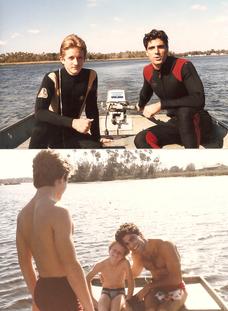 1991, Cayman Islands Steve and I after listening to a timeshare pitch 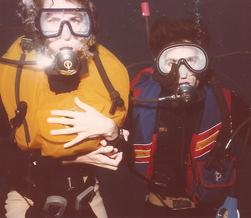 1985, Crystal River, FL; Steve and my nephews snorkeling with the manatees 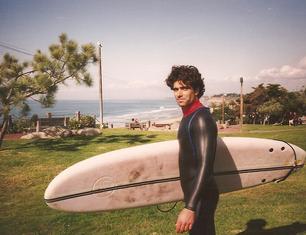 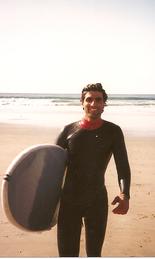 Early 1980s, I love this photo of Steve at Jones Beach

There is no doubt in my mind (or in the minds of many others) that Steve was "one" with the water and was truly in his element whether surrounded by water, on top of it or immersed in it.

Steve took to water sports like a bear to honey.  Aside from being a great swimmer, he was a proficient slalom water skier.  He also loved the challenge of paddle boarding and was a fixture on his board when coaching open water swims as it gave him a great vantage point for ensuring the safety of the athletes.

Whenever in Montauk, California or Hawaii, Steve would always be checking surf conditions.  Funny, it didn't matter whether the conditions were excellent or subpar, Steve would still find a board and head out.  I think he was so at peace when he was on a surfboard, waiting to catch a wave (or a ripple).

I think it fitting that some of Steve's ashes are now resting in the waters of Montauk and Hawaii, two of his favorite open water locales where he spent many hours reveling in the beauty of those spots. 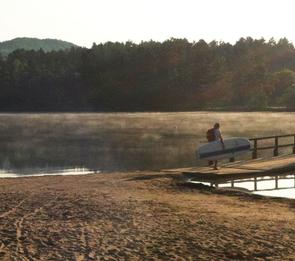 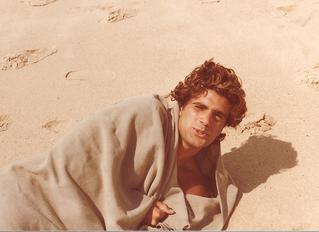 Year unknown, Steve on his paddleboard on Peconic River 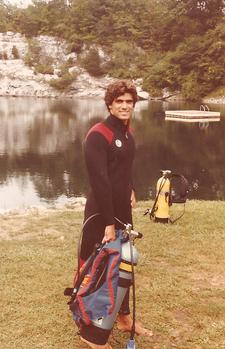 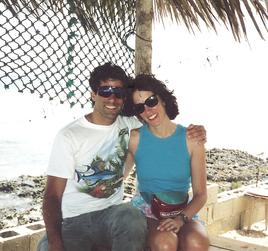 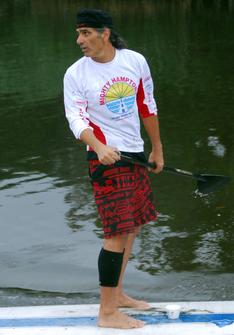 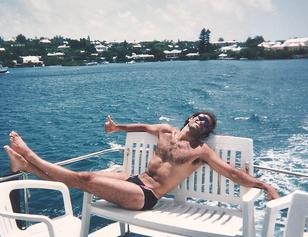 2012, how Steve like to transport his surf board in NY. 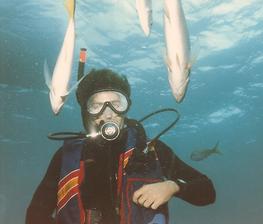 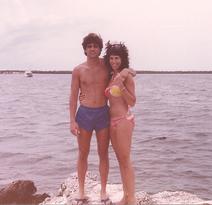 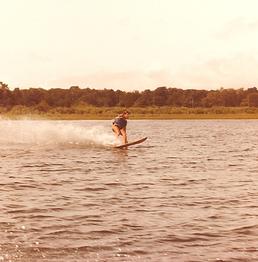 As I mentioned previously, Steve loved being in or on the water.  Snorkeling and scuba diving were activities we loved to share together.    At the time of my scuba certification in the late 1970's, one only had to swim 4 laps and it could be any stroke.  So, I treaded a lot of water and did the backstroke for the swim requirements and I successfully completed my NAUI scuba certification course.

People may think it is odd that I am not a good swimmer, since Steve was such a great swim coach.  Sometimes I think one of the reasons we were together for 33+ years was because he did  NOT try to teach me how to swim :-).

My first dive story with Steve goes back to the early 1980s after we first met.  He was going to dive the USS San Diego wreck off Fire Island with a bunch of his lifeguard buddies.  I wanted to join him, however, Steve's lifeguard sensibilities prevailed and he thought it might not be a good, safe dive for me.  The USS San Diego dive conditions are not like the Caribbean dives I was experienced in doing, which typically had 40+ foot visibility and calm waters.  After Steve came back from the dive, he shared with me how tough the conditions were; he couldn't see his hand in front of his face and because of the strong currents, the divers were like flags hanging on to the anchor line for their decompression stops.  I am so glad I didn't go on this dive.

Another dive memory from 1982 was when Steve and I dove from his friend's small boat in the Florida Keys.  The water was choppy and I was so seasick, Steve had to put on my wetsuit and scuba gear since I was so out of it and he tossed me overboard (I had heard that being under the water would cure my seasickness so in my delirium, I told Steve he needed to do this).

The last thing I remember before being dumped in the water was me placing my legs in Steve's lap and saying "Fin", implying he needed to put my fins on since I was in no condition to do it.  So, I get to the bottom of the ocean and I am still seasick.  Not wanting to barf into my regulator (breathing apparatus), I ascended and got back in the boat and focused on the horizon while Steve and his friend completed their dive.  Steve and I learned a valuable lesson that day; no powdered sugar doughnuts and orange juice for breakfast before going on a dive.

In 1991, I had another memorable dive with Steve in the Cayman Islands. We listened to a 4 hour timeshare pitch to get a free dive.  As we are sitting on the beach waiting for the dive boat to pick us up, I see it trying to cut through the breaking waves.  I think to myself, this could be trouble since the boat had to go back out the same way it came in.  Not wanting Steve to catch on to how nervous I was, I happily boarded the boat and bit my tongue as we had to break through the waves to get to our dive spot.  Once we jumped off the boat with our dive gear on, I looked around and because the currents were so strong, I saw the fish being smacked into the coral reef (and they know how to swim!).  Then I looked up and saw the boat's dive platform slapping against the waves and thought to myself, how am I ever going to get back on the boat?  Steve grabbed my hand and his strength got me through the dive and when it came time to re-board the boat, he pushed my butt on to the platform and we had another fun diving memory.

Then, sometime in the 2000s, there was a Kauai beach dive ("Tunnels") where the currents picked up as we were finishing our dive and Steve literally dragged me out of the water and on to the shore by pulling on my tank since I was so exhausted from going against the current. Sometimes I wonder how he put up with me and my never ending requests to go on dive trips, since it was more than once  he had to bail me out. 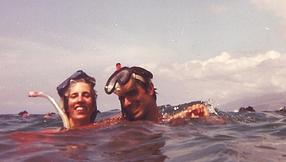 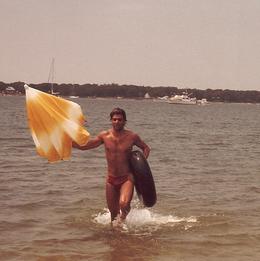 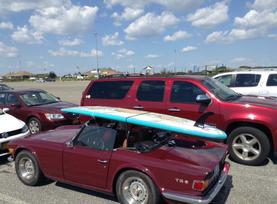 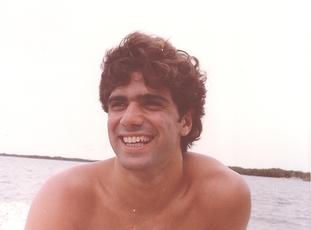