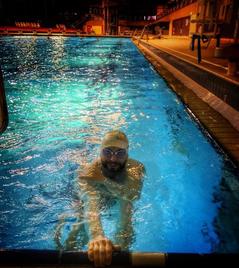 $1096+ donated to Project9line (beneficiary of Slipped Away memoir) in Steve's memory!!

One of Steve's favorite annual rituals was his birthday swim.  Every year, on or around his birthday, Steve would swim one lap for every year of his age. Now the definition of lap will vary, some would say 25 meters or 25 yards, others would say 50 meters or 50 yards and others thought it was a set of 100s for each year of his age.  What do I know?  In my too practical mind, regardless of what a lap consisted of, this didn't make sense to me since the overall distance would increase each year as Steve  got older.  However, Steve did not want his age to deter him and he continued this tradition annually, never setting a time limit for completing his birthday laps.  It was all about the joy of being in the water for him.

This year, Steve's swim coaches organized a group swim of former and current triathlon team members (as well as other swimmers who knew Steve from the sport) to swim laps in Steve's memory.  The dedication swims took place the morning of 12/20/15 at the Nassau Aquatic swim center in Long Island, NY.  I am excited to say, due to the generosity of both spectators and swimmers who donated .50 for each lap they swam, $1096 was raised (with a few more donations still to come in) and will be donated to Project9line (the beneficiary of Slipped Away).

In keeping with their tradition when they used to swim with the team (Steve of course would expect no less :-)), Donna O'Neill-Cummings and Bobbi Nigro were late and Charlie Wittman did not fail to do his usual 'schmoozing' with everyone. Charlie dedicated both his swim and his 'schmooze' to Steve.

Felicia Wagner-Mair, a former team member who was one of Steve's top athletes that he coached over the years, swam and also brought along her almost 4 month old daughter, Clara Stephanie, who was named in memory of Steve.

My heartfelt thanks goes out to all the swimmers and spectators who were present to honor Steve as well as to those who were there in spirit.  Some people drove over an hour each way to be at the Aquatic Center for this occasion and all of them took time out of their Sunday morning before Christmas to honor Steve.  Just as importantly,  as some have shared with me, Steve continues to inspire people even though he is no longer with us.

My many thanks also goes to others who participated from afar and did their own workouts in memory of Steve.

Deb Savarese (Lakeland, Florida) - "Just finished 56 - 100's in 2:20 in honor of Steve Tarpinian's 55th birthday in heaven. He continues to inspire me to exceed my expectations. Happy birthday Steve!"

Craig Longobardi (Newport, Oregon) -  It has been at  least 2 years since Craig swam in a pool.  He found a 20 yard hotel pool and according to Craig:  "I did my best to do the 55 100's, lost track a little but I think I nailed it"

Michael Lovato (Austin, TX) -  Michael coached his 12/22 Tuesday morning masters group and had them  do a round of 100s in Steve's honor.

Amy Herschl Pillitteri (Belfast, ME) - "I started yesterday in the pool and swam 35 X100's. (Boy, that was tough after taking a year and a half off from swimming!) Then this morning I taught my holiday spin class and devoted the ride to Steve. We did a Christmas Race Day profile ... 55 minutes in length. Then, I worked my way down to the pool and finished those last 20 100's. (The pool was much easier today!) My class said that they felt Steve's spirit motivating them in the cycling room!  It was a great workout in honor of a wonderful coach and dear friend!"

Peter Hursty (Kona, Hawaii) - 1500 meters; Swam one of Steve's favorite spots in his memory, the Ironman Kona pier to the buoy and back.

Andrea Varalli - Since Andrea did not have access to a pool, he did share with me that he had dedicated his 9 mile Lanai to Maui swim on August 11, 2015  to Steve.

2015, Andrea Varalli before his 9 mile swim from Lanai to Maui that he dedicated to Steve. 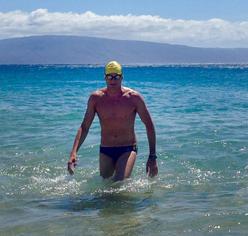 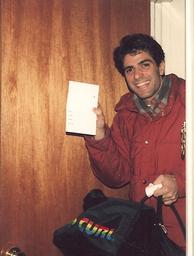 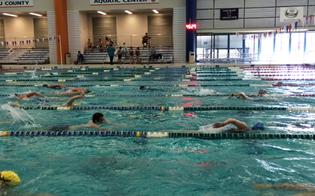 1985, Steve arriving for his birthday party at my Bellmore condo 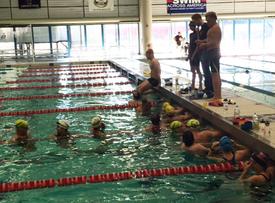 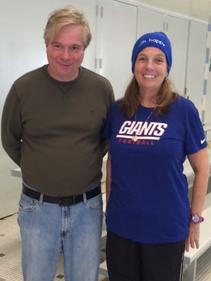 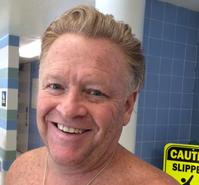 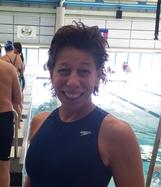 1984, Steve and I celebrating his birthday on Shelter Island 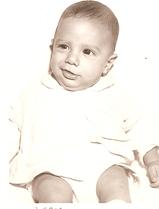 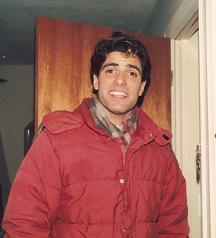 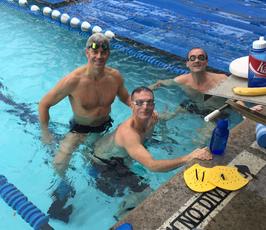 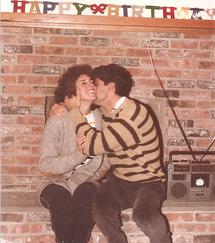 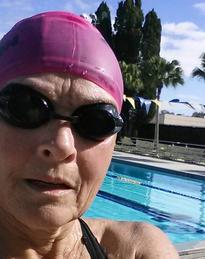 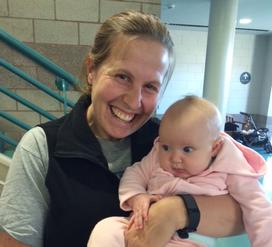 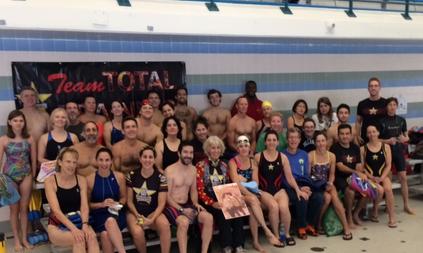 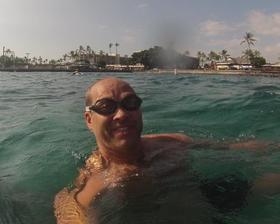