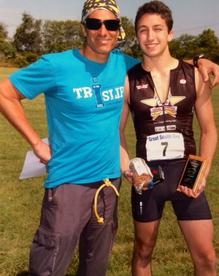 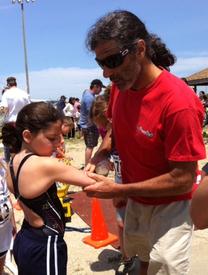 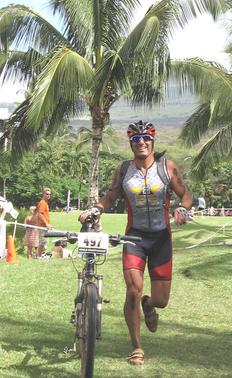 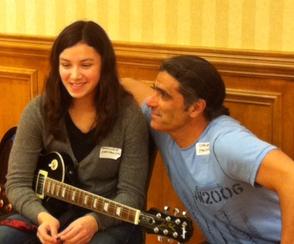 Steve and Alex at the 2012 Great South Bay Triathlon

I met Claudine for dinner the other night.  Claudine and two of her children, Alex and Mallorie, were Team Total Training (TTT) members during its peak years of 2007-2012. It was such bittersweet conversation as we chatted for a few hours and reminisced about the past when Steve was still with us and his powerful and positive impact on her children while they were growing up.  Steve was a tremendous role model for all the young team members and Claudine confirmed that.   To further reinforce that,  another TTT junior member wrote about the profound impact Steve had on his life in Chapter 3 of Slipped Away.

Claudine said for her and her children, it was such a wonderful time in their lives and how much they all appreciated the world of triathlon and training with Steve's guidance.  Whether it was the camaraderie Steve fostered with all TTT members (regardless if they were beginners or elite, young or old), the life lessons Steve taught us all, his coaching style or the adult and youth events he pioneered, Claudine and her children felt they were very lucky to have been a part of Steve's world and they all miss him deeply.

Mallorie and Steve after the annual TTT party 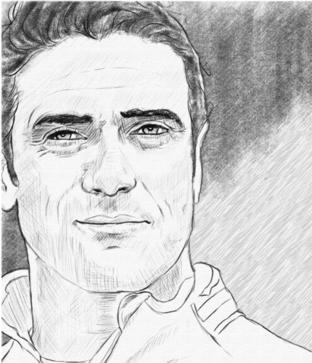 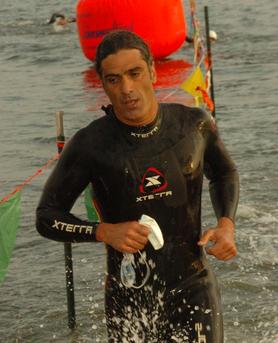 Steve was a humble man and as such, many were not aware of his accomplishments in the sport of triathlon.  He wrote the original curriculum for the swim portion of USAT (triathlon's governing body) coaching certification.

"Got this in the mail from USAT and the first page I open to... No lie. Lands right on chapter five! Must be a sign. Jean, you must be so very proud of all his great accomplishments!   I got the book three days ago but never opened the package (I knew it was the book). Today before getting ready for work I opened it.  I had no time to read it today so just flipped it open and that is where it landed. I can't wait to read it now."

Rich, of Total Landscape (our landscaper of many years) read Slipped Away twice and told me how it inspired him.  He  called me out of the blue to tell me his company has decided to donate the labor and materials  to build a well for the organic vegetable garden at  St. Francis Episcopal Church in Bellmore.  Rich was so inspired by Steve's story that this donation to the Church will be done in Steve's memory.

The sign in the Church garden has a part of one of Steve's favorite Gandhi quotes:  "Be the change you want to see in the world" .  The Church donates the organic veggies it grows to The Freeport Emergency Food Pantry.  Steve's legacy of helping people continues even though he is no longer with us.  UPDATE 8/2016: Rich just told me the Church has been able to triple production of veggies to donate to The Freeport Emergency Food Pantry with the help of the irrigation system his company donated to the Church in Steve's name. Steve would be pleased.

"May is mental health awareness month. I just wanted to share a picture of this beautiful man who played a role in my life as a mentor, coach and friend. Steve took his life this year when from the outside he seemingly had it all. Loved by many and respected by all. When I was a lacking, no idea what to do 18 year old I met Steve. His belief in me led to illustrating his books and being featured in his swim instructional videos. No doubt, Steve being a role model was crucial at a time when I didnt believe in myself. I am forever grateful..." 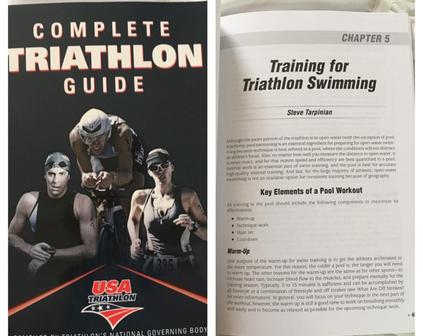 "The amateurs of XTERRA are the foundation of the sport. This year there were literally thousands of amazing examples of awesome amateurs, but we do have a few favorites…"

(XTERRA listed 5 and Steve was one of them)

"Steve Tarpinian, one of the true legends of triathlon, passed away this year at the age of 54. “Tarp” was an XTERRA original. In that first race in 1996 he was one of the fastest swimmers in the field and ultimately finished on the podium in the 35-39 division, placing 36th overall.

For more than a decade Steve was the only competitor from the continental U.S. to have competed in each XTERRA World Championship, as he made the long trip to Maui every year for 17 seasons in a row. He’ll forever be part of the XTERRA Tribe."