Sedona is perceived by many to be a spiritual mecca that has a unique energy with tangible regenerative and inspirational effects. It is also known as a place to go for holistic and alternative healing. It is no wonder Steve was so attracted to this place, especially in the final years of his life. In a way, it is almost fitting that his last days on earth were spent in this beautiful, peaceful place that he loved so much.

In his some of his treasured belongings, I found some Sedona sage Steve had brought back with him from one of his Sedona trips. The smoke from burning sage is used to cleanse and bless and also to create an atmosphere of peace and healing.

In 2015, after Steve had passed, I met Michelle Stewart, a spiritual healer, in a workshop at the Mermaid Art Studio in Long Beach, NY. To set a peaceful, calming tone, Michelle would start the workshop by burning sage. Since I didnt know what to do with Steve's sage that I found, I offered it to Michelle. What transpired with that sage is remarkable. In Michelle's words:

"When we were in the workshop together at the Mermaid Art Studio and you offered the sage for me to use and keep, I knew it was meant to be used for something very meaningful and special. At that time, it was not clear to me what it would be. However, I was later asked by a regular client of mine to provide a healing session for him to help him manage his test anxiety. He found that coming for energy healing was helpful to him for this, and had done so previously. The purpose of the session was to assist him in preparing for tests he would be taking to become a New York firefighter. As I prepared for his session, instead of my own sage bundle, I was guided to bring the sage you had given me. Not only did I get the message that I should use this sage during my client's healing session, but that I should also give him the bundle to use on his own while meditating or otherwise, and that it would bring him blessings on the path he had chosen. It wasn't until I saw you in person the following month at the art studio that I was guided to tell you this story and explain that I understood from my guides that you would have an explanation for the sage being meant for this young man. When you shared with me, as tears came to your eyes, that Steve had always regretted not following through to become an FDNY firefighter, I was amazed. I shared this with the young man as it was one of the most beautiful blessings to know of this connection."

Mike Cody shared this photo and words with me:

"Good times with a great friend. This was taken in Hawaii when he gave me the confidence to swim the 2.4 mile (Ironman) race loop and the dolphins were swimming with us."

Steve had a knack for making the simplest moments so memorable. Leave it to Steve to invite the dolphins that day. 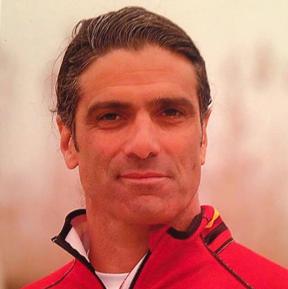 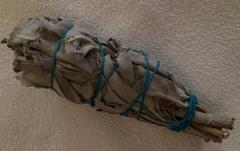 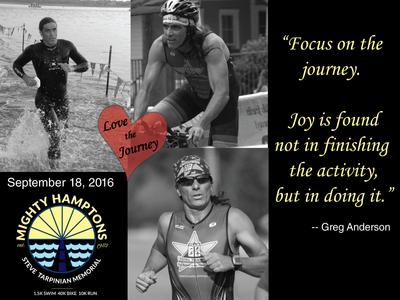 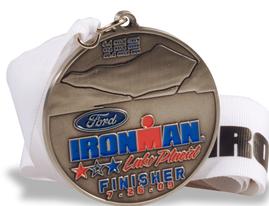 Steve completed Ironman Lake Placid (IMLP) every year since its inception in 1999 through 2012.  In 1999, he was 3rd out of the 2.4 mile swim in a field of over 1100 athletes.  In 2007, Steve was the 6th swimmer out of the water in a field of over 2000 athletes.  In 2012, he was the 23rd swim finisher in a field of almost 3000 athletes.  But, these were not the memories that came to mind when I found the photo of the 2 of us.  It was taken at the Lake Placid Courtyard Marriott, the hotel where Steve and I always stayed when he did his triathlon training camps in May/June and when he returned to Lake Placid to do the race in July.  A memory of Steve's generosity of spirit and touching peoples souls is what flashed through my  mind.

Since we were such frequent guests over the years at this hotel, the staff knew us on a first name basis and we always looked forward to their warm welcome when we arrived.  One of the employees, I believe her name was Susan, was in awe of the athletes who would come every year to compete at IMLP.  She was especially fond of Steve and I and we connected with her immediately and always were sure to find her when we checked in.  One year (I believe between 2009-2011),  Steve gave his IMLP finisher medal to Susan and I will never forget the look on her face.  She was  so touched and appreciative of Steve's thoughtful gesture and couldn't thank him enough.

This is the Steve I want people to remember.  Yes, he was a great athlete and was very accomplished in life, but  his goodness of spirit and kind soul stand out as an example for us all. 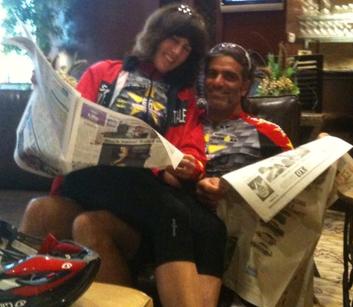 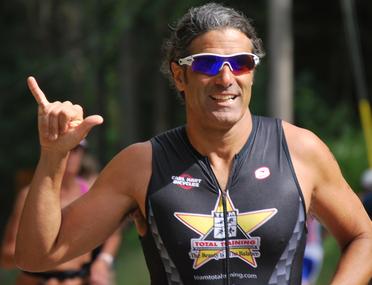 As handsome as he was physically, Steve was so much more beautiful spiritually.  For over 33 years, he was my soul mate and my best friend. 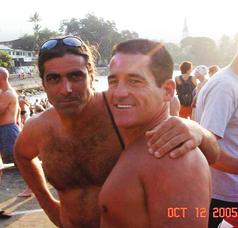 My many thanks to Coach Al Lyman for hosting this PODCAST where we talk about Slipped Away, Steve's legacy and how Steve continues to inspire and help others, including some of our veterans here on Long Island who are battling PTSD and depression.

I never met Al, never even knew who he was until he left a beautiful tribute message to Steve on slowtwitch.com. In his blog, Al described Steve as "one of the best teachers, coaches and men I'll ever know".

It is because of Steve's passing that Ron (veteran, founder of Airborne Tri Team), Al and myself have connected. While reflecting on this wonderful connection we have made, I came across this quote which best describes how I feel:

"In the face of events that threaten to overwhelm our lives, storytelling gives us a way of reclaiming ourselves and reaffirming our connections with other people--those who listen to our stories and, by doing so, bear witness with us." ~ Victoria Alexander

Thank you Al and Ron for the opportunity to spread Steve's story and thank you both so much for honoring Steve and his spirit.

Steve was always so supportive of the graphic artwork I did for his company. I was feeling emotional thinking about Steve and created this promotional ad in his memory.

Steve loved the Mighty Hamptons race and his company purchased it in 1999 to preserve its legacy (it was established in 1982).