Escape to the Palisades 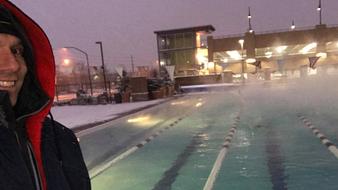 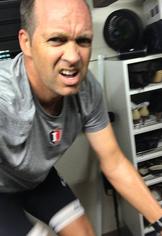 “Choose a job you love, and you will never have to work a day in your life” -- Confucius

In his final years, Steve shared with me how much he would like to focus his career on coaching and move away from producing endurance sport events.  Steve was passionate about coaching and was truly in his element when he was coaching swimmers from the pool deck.  Many types of athletes, from seasoned professionals, to elite age group athletes, to fitness swimmers, even to beginners and children who had a fear of the water all benefitted from Steve’s skill as a coach.  He had the instinctive ability to tune into the learning style of the individual and adjust how he coached based on the needs of that person.  Since I travelled a lot with Steve when he conducted his swim clinics around the country and in Europe I was fortunate to witness how Steve naturally adjusted his coaching style depending on who he was coaching. I will never forget when he was teaching a young boy how to swim at the Nassau County Aquatic center.  Steve was so gentle and encouraging and was so in tune with what this young person needed to hear to overcome any fears he had putting his head in the water.

After Steve passed in 2015, the following quote was posted in an online tribute to Steve:

“… I took my first triathlon swim lesson with him 7 years ago. I still remember it like it was yesterday. Newcomers will never get a chance to experience his enthusiasm, passion, and support...” 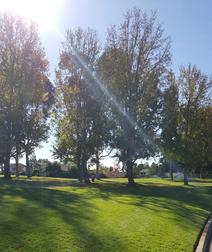 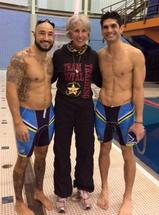 Steve was a true pioneer and visionary in the sport of triathlon, and not just on Long Island.

In 2011, Steve had heard that there was going to be an Ironman distance triathlon (2.4 mile swim, 112 mile bike, 26.2 mile run) race in the NY/NJ metro area in August of 2012.   Steve saw an opportunity to create a 1/2 marathon event starting in Palisades Park, NJ, which also included part of the new Ironman course.  Aside from designing a beautiful run course, Steve saw great potential in the appeal an event like this would have for athletes planning to participate in the NY/NJ Ironman.

As a triathlete coach, Steve felt that one of the key training sessions while preparing for an Ironman is to do some long runs with a bike ride of 45-90 minutes prior to the run.  This allows the athlete to feel what it is like to do a long run with legs that are somewhat fatigued

Steve created the 1/2 marathon event for early May of 2012 that effectively could make the race part of a ‘training day’ for those athletes who were going to do the NY/NJ Ironman.  Athletes could bike to the 1/2 marathon site and/or along River Road before starting the race.  With this new event, part of Steve’s plan was to make this ‘training day’ more enjoyable for the Ironman athletes since there would be water stops and the energy and motivation of the other runners as part of the 1/2 marathon and the athletes would also be provided a secure place to check their bike.

Unfortunately, the NY/NJ Ironman only lasted for one year, however, the ½ marathon run event Steve designed is still in existence, a true tribute to Steve’s vision and creativity and part of his legacy. 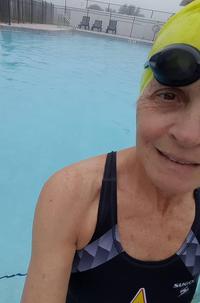 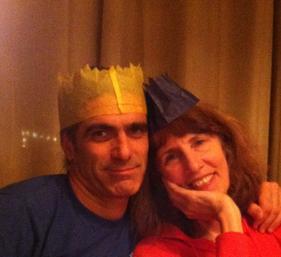 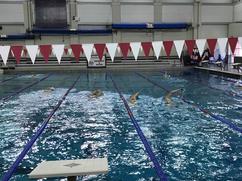 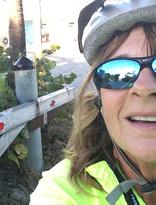 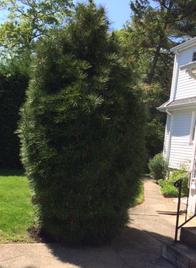 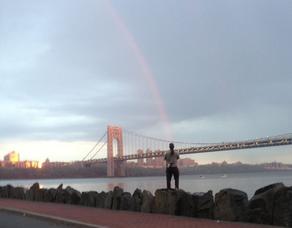 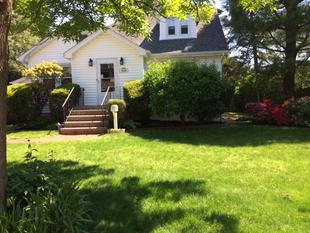 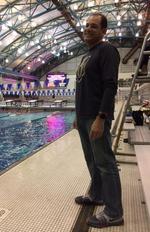 This year, Steve's 57th birthday was celebrated across the nation as well as from other countries.  Some who dedicated their workouts to Steve for his birthday were friends and some dedications were from others that never met him.   It is the third birthday since Steve passed that  people have celebrated his life by doing something Steve himself  would do on his birthday; swim, bike, run, lift weights or yoga. I was so touched by the outpouring of support for my request to honor his memory.

Thank you all for  keeping  Steve's memory alive!

On 12/20, Tarp's Total Training (TTT) swim coaches (Shawn Tannenbaum, Warren Rothman , Pete Ventura) and long time TTT members  ( Mike Stewart, Steve Schloss,  Charlie Wittman, Josie Piccinic and some new members too!) gathered at Nassau Aquatic where Steve used to coach and they continued Steve's birthday lap tradition of swimming  one lap for every year of his age plus one lap for good luck( 58 laps this year).    TTT member Wolfgang Dave Wiesemann, could not make the TTT 12/20 swim session so he did 57 laps on his own in memory of Steve.

Deb Savarese from Florida said the following  in memory of Steve: " Happy birthday Steve! You're in my heart every time I swim!"

Peter Hursty did a cycle trainer workout in Hawaii: "1 min per decade! Hard 1 min times 5!! Steve brought me through"

This, from former Olympic cyclist John Howard in California: "Lost count of the laps around my neighborhood green belt but it was an area that Steve and I used to ride. I chose an older Serotta Ottrotto because it was a bike that I actually rode with Steve on this very ride. Many happy thoughts during the experience. Note the strong light beam in the photos.  I did not notice it while riding. Gotta wonder!"

Jim Spinner from Connecticut: " I will dedicate my bike ride to Steve as a birthday tribute to him. Please know he is missed dearly"

Mike Barone is recovering from shoulder surgery and planned to  walk a  mile or two in the mall and/or do a one arm pull drill for 25 minutes.  (that is so Mike LOL)

Kate WIlliamson rode her bike the length of Manasota Key, Florida (about 16 miles) before beach  yoga, to honor the memory of Steve...    "It was a beautiful morning, and a perfect time to reflect on what a wonderful person and coach he was."

Steve's former business partner, Annette and her significant other Stefan, did birthday swim laps in memory of Steve while in Phuket, Thailand.Michael Lovato from Boulder, Colorado coached an outdoor swim in 20 degree weather with snow on the ground (something Steve would have LOVED) in Steve's memory. 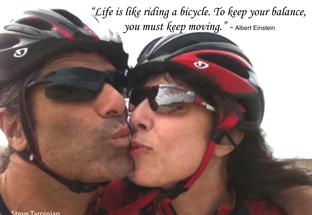 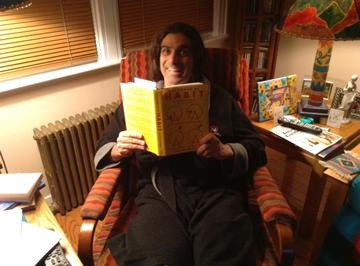 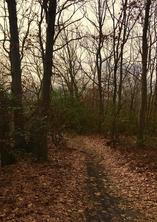 Merry Christmas  Steve, my third one without you since you have been gone.

This post is dedicated to all those lost to suicide (Arlene, Matt, Jill ,Jonathan ,Brian, Suzy, Kelly,  Billy, Doug, Kyle, Jackie, Anita,  Joseph,  Arlene)that I have learned of  while on my grief journey.   Holidays are especially difficult for the loss survivors, as we gaze at the empty chair at the table. My hope is that you all can take some small solace in a cherished memory, keepsake or photo of your loved one during this holiday season. Peace and strength to you all.

This is one of my cherished Christmas memories....After Steve and I bought our first house in 1988, we liked to purchase root-ball Christmas trees so we could eventually plant them in our yard.  That worked well for only one year as the trees usually died, but we kept the tradition going. One year we had purchased what the nursery said was a "miniature"  umbrella pine.  Since it was supposed to grow only a few feet, I found the perfect spot in our yard to plant it after Christmas.  As you can see from the photo, it is not really a miniature LOL.  It must have grown to over twelve feet!  I really miss that tree. 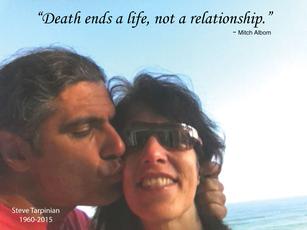 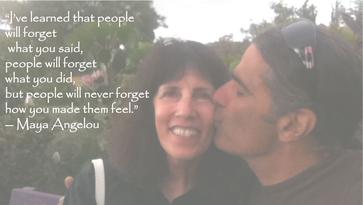 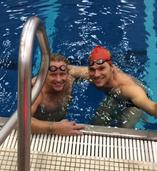 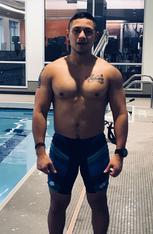 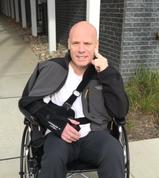 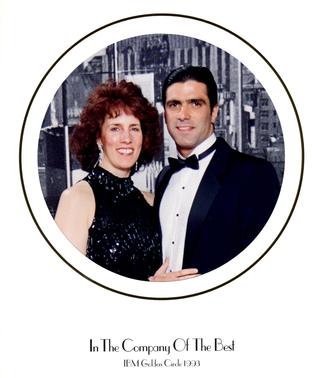 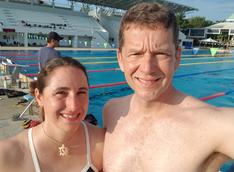 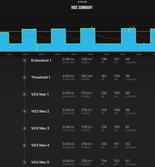 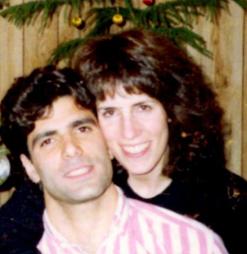 In 1988, Steve and I bought a small Cape Cod style house.  Prior to purchasing it, (it was at the peak of Long Island real estate pricing), we put over 30 miles on the car looking for homes for sale in our chosen neighborhood.  We finally found a house under $200K, (unheard of at the time) but it needed a lot of work; new kitchen, new windows, new doors, new hot water heater, etc. in addition to the normal cosmetic fix-ups.  As with most major decisions in his life, Steve struggled with this house purchase.  I remember our first night in our new home, laying on the floor in one of the empty rooms and arguing since Steve wanted to put the house back on the market ASAP and was suggesting we move into a rental. Our romantic vision of being "first time happy home owners"; eg; our first night in the home spent eating pizza by candlelight while we sat on boxes, never happened.

I was adamant we stay in the house and make it work.  So we did, and spent the first few months cleaning and dealing with construction.

Some of the funnier memories about our house that come to my mind all revolve around bathrooms.   When we first moved in, the only room that did not require work was the one and only bathroom.  I was not too fond of the green color scheme, however, it was functional and something we could live with.   During the first few weeks in our new home, we had the rugs cleaned.  All of a sudden, I heard a crashing noise.  The carpet cleaner was filling his pail with water from the bathtub.  He had leaned against the tiled wall to balance himself and his arm went right through what turned out to be a rotted wall.  Luckily, he didn't hurt himself. So, now we had a good reason to re-do the green bathroom.

My last bathroom story relates to us putting  in a second bathroom.  Whenever we had guests stay at our house over the years, they would sleep on a futon in our living room and share our one bathroom.  For years, I tried to convince Steve that we should half dormer the upstairs to put in a second bathroom and guest area.   Steve was generous to a fault, however, he was also very frugal.  Me, on the other hand, although not a big spender, believed that sometimes one had to spend money on worthwhile home improvements.

More than once over the years, when things "broke" in the house, Steve and I always commented to each other; "We have no business owning a home" as the two of us were clueless most of the time when it came to repairs. The house we bought back in 1988 never became our "dream house", but we eventually made it our own and I will always cherish the many happy memories of time spent there with Steve 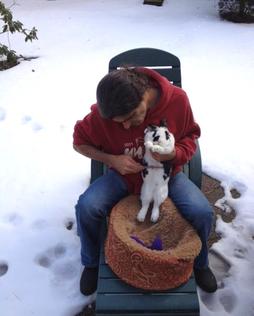 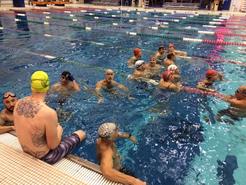 In the early 1990s, Steve and I had some relationship issues. This photo was taken at a 1993 IBM recognition event in Orlando.  It was a great accomplishment for me and I wanted to share the experience with my soul mate. When I asked Steve to join me he said yes and it marked the beginning  of our healing process.  Our love for each other persevered and our bond became even stronger.