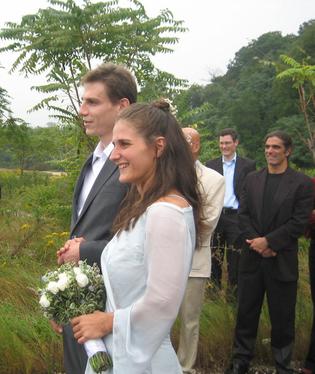 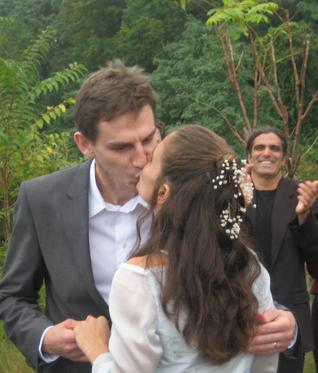 It has been just over a year since Steve left us.  I am still amazed at the memories that keep coming back to me.

On the headboard of my bed, every day I see  Ziggy with the black bowtie.  Steve gave me Ziggy for my birthday in 1981,  a few months after we started dating.  We were both charmed by this comic character who always seemed to be suffering from some misfortune or another.

It is the black bowtie that caused a memory rush for me a few weeks ago.  Back in the late 1980s and 1990s, I used to travel a lot on my job and Steve, when he could, would like to pick me up at the airport when I came home from business trips.  One time, as I am getting my luggage in baggage claim, I see Steve standing with the waiting limo drivers, dressed in a tuxedo, bowtie and all, holding a card with my name on it in one hand and a carnation in the other hand.   As I have mentioned previously, Steve always hated getting dressed up, but he wanted to surprise me this time by dressing as a chauffeur hired to take me home.  Steve was such a romantic and this is the wonderful memory that made me smile when I looked at the bowtie one morning.

For the past several years, while he was in a beautiful locale, it seemed Steve enjoyed striking a certain pose for the camera when it appeared as though he was truly "living in the moment".  As I look at these photos now, my interpretation (and that of a good friend of mine) leads me to call it a "gratitude" pose.   To us, it seems as though he is lifting his heart to heaven, offering thanks for that beautiful moment of happiness he was given.

Steve, in his constant quest to fight his depression, always tried to be conscious of being grateful for what he was given in life.  I have found papers and journals where he would articulate this gratitude in writing.  Gratitude for love from me, good friends,  the ability to spend time with family, physical health, a beautiful sunny day, having a healthy family were all common themes he expressed in his writings.

When I showed these photos to another friend who knew of Steve's struggles, the first thing that came to his mind was crucifixion.  A dictionary definition of crucify is to treat cruelly, torment and/or to criticize harshly.  Try as I might, I strive to be positive and highlight the goodness and happiness in Steve's life.  But, my friend's comment on his interpretation of the photos opened the floodgates and I was overwhelmed with sadness.  It brought me back to some very sad times, particularly in the past few years. It is ironic my friend used this term; crucifixion.  In the past, if Steve thought an individual was only trying to do good and was maligned by people, Steve would say; "They crucified Jesus Christ"  implying that good people are not always viewed that way by some.

Steve was always stung so deeply by betrayals and written or verbal criticisms especially if they were blatant lies.  Some people, blinded by their own predatory agendas or if they misunderstood Steve's intentions or perhaps they disagreed with his business decisions would sometimes vilify Steve. Mentally healthy people are better equipped to withstand such attacks but I believe Steve was so very fragile, especially in the past few years such that he could not confront or handle these assaults on his character.  He would start to beat himself up and say these people were right, when they were so far from the truth.  At his core Steve was a good and kind man who would never hurt anyone intentionally. Yes, he was not perfect and he did make mistakes as we all do, however, some people were so self focused they probably never realized the implications of their actions.  I tried my best to do what I thought was right to protect Steve, but in the end, his fragility contributed to his downfall.

This post will serve as a reminder to me to be grateful for all the love I had from Steve for so many years and for all the wonderful times we shared together.  It will also be a reminder to have patience and treat others with kindness as they may be lot more fragile than we realize.  Even though he is no longer with us, Steve still has the ability to provide teaching moments. As for why Steve struck this pose when he did, we will never know and it will remain another one of my many unanswered questions.

This was a question posed to us by more than one person over the years. After all, we were together for so long, so committed to each other and so much in love (and we both had cars :-)) 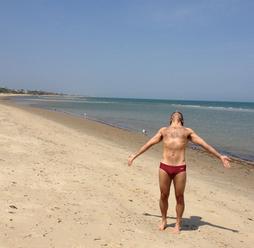 Steve in his preferred attire

A few words from Kata 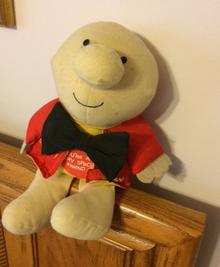 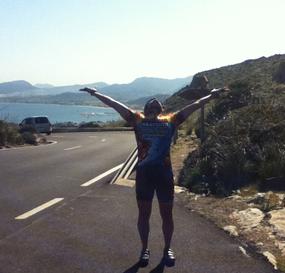 Kata Fejes-Toth was a former Team Total Training member that moved to California with her family years ago and we had  lost touch.  Kata and Steve were good friends and he had coached her and helped her reach her athletic goals.  They last spoke some time in 2012.  Kata only recently found out about Steve and needless to say, was devastated.  She shared the following with me:

"To me, one of the most precious things about Steve was his honesty.  Many friends will lie to your face just to make you feel better or to avoid conflict.  Although Steve radiated positivity and he made me feel better about myself, about what I am doing and why, he was also so darn honest in a kind way  if he did not like something.  The 'No  Whining' button was a perfect example.  I never got to wear it but often enough a look from him was enough to make me realize that I am drowning in self-pity and I need to cut it out and move my butt."

After Kata read Slipped Away, she gave me the following quote:

"It was wonderful to read about Steve’s life, his legacy and even about his struggles.  It brought back many fond memories and made me smile in some places. You are right, the mouse story is fantastic and I will read it to the kids. I have to admit that my very-very favorite part was the nap spot on the Lake Placid Ironman course.  Only Steve would  stop to enjoy nature in the middle of a race and to me, this symbolizes Steve as a whole.  He was a powerhouse who did everything he did with dedication, immense energy and a positive attitude but unlike so many of us, he did not get stuck in the details and was able to stop, reflect and see the beauty of why he is doing what he is doing." 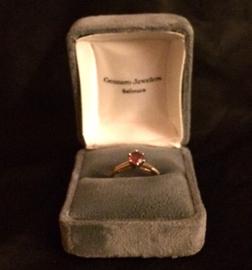 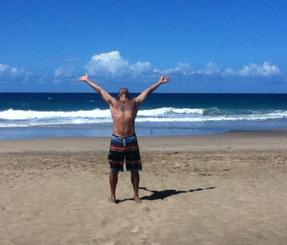 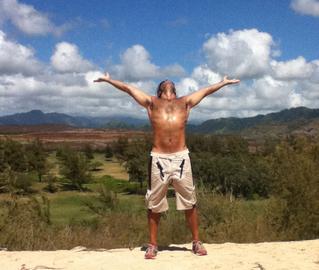 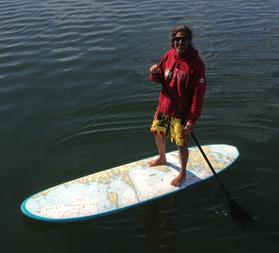 I believe it was in the late 1980s or early 1990s (if I cannot correlate a year with a passport stamp, photo time stamp or a year on my resume, my recollection of exact years is very fuzzy), Steve did ask me to marry him and he gave me a beautiful ruby engagement ring. Not too long after that, Steve fell into one of his pits of despair and started to lament that he did not pursue employment with FDNY. As I couldn't grasp at the time why he was so distraught and incapacitated from this regret (later on I realized this was a manifestation of his mental illness), out of frustration, I gave him the ring back and did not see it again until early 2015.

Over the last 10 years or so, I began to think it important for Steve and I to get married, not from a religious perspective but rather from a practicality standpoint. Even though we had wills, powers of attorney and health care proxies, there are some spousal benefits that are not covered by these documents and also, I feel society in general does not acknowledge a 'significant other' as favorably as a spouse as I quickly found out after Steve passed away. Steve was very resistant to marriage and could not or did not want to tell me why he did not want to marry me. I dropped the subject as it seemed like a fruitless effort and it didn't make sense to push the issue with Steve as he was steadfast in his resolve.

In early 2015, Steve and I were having a heated discussion (the topic escapes me) and he was very depressed. While he was breaking down in tears he said "do you want me to marry you?" almost as a solution to all of our issues. I said "no" and replied that it was not the right time for that question and that he needed to be in a state of clarity before he should ask me such an important question.

Shortly after that and before he left NY for the inpatient facility in Arizona, Steve brought out the ruby engagement ring and gave it back to me, saying he wanted me to have it. As I look back now, I like to think that if his treatment in Arizona was successful, we would have worked out our issues and he would have married me when he came home. I believe he wanted me to have the ring because of what it symbolized, and he wanted for me to know how much he loved me. It was almost as if he wanted me to know his plan in case he did not come home. 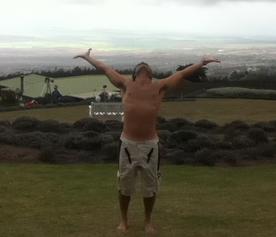