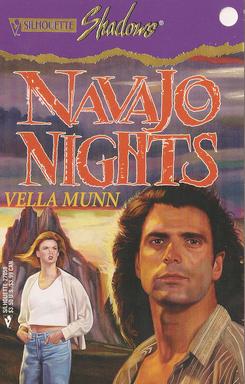 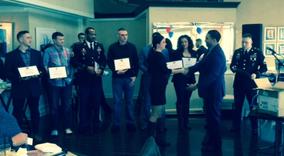 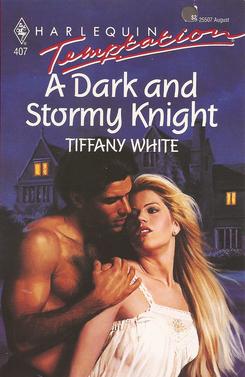 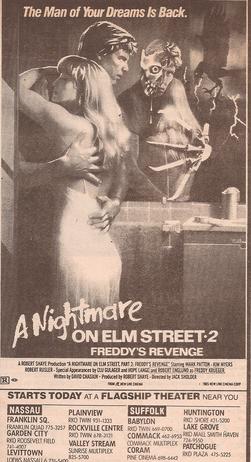 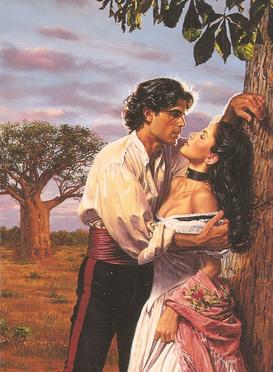 Steve and Armann shared such a high level of mutual respect and admiration for each other and were kindred spirits from when they first met; two kind and compassionate souls that connected on many levels.

Several years ago, I remember one time I was coming home from a walk and Steve was talking to Armann in the front of the house.  Neither of them saw the dead bird in the street or what seemed like its mate going through some kind of a ritual of mourning.  I walked up to the birds and the live one was so focused on its companion, it didn't move even though I was only inches away.  Steve and Armann came to see what I was looking at and the three of us were mesmerized and so touched to see the bird grieving the loss of its mate.  We waited until the bird finally flew off and Armann gently scooped up the dead bird and helped Steve and I bury it in our yard.   Armann, just like Steve, has a great love and compassion for all living things.  No wonder why they were such close friends!

Armann shared a few words and his favorite photo of him and Steve at a 2010 post race party in Montauk:

" The beauty in the balance was our common bond in this photo. This is one of my favorite photos of Stevie and I, candid and happy, with a good embrace. My brother.." 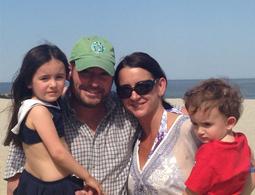 The "Slipped Away" Illustrator 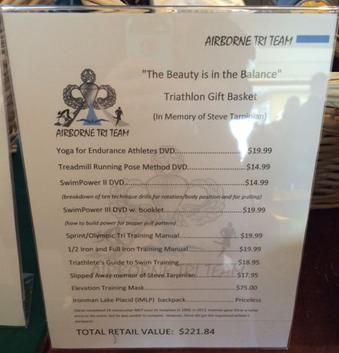 Steve never talked much about his modeling stint in the 1980s.  It was a tough time for him as he struggled with paying the bills by trying to make it in such a narcissistic industry.  Steve always believed one of the most important purposes in our lives is to help others.  Modeling clearly did not fit into that mold.

Ironically, at the time, androgynous, refined features were what was in vogue for men and more than once, Steve, with his dark good looks and sculpted features was told his looks were too ethnic.  It was a time in his life where he was faced with a lot of rejection in a career choice he perceived as not helping anyone.  Steve had limited success and got some jobs in catalogs and romance novel covers, but it did not pay the bills.  He put himself on such a tight budget, that he joked with me about having Binaca breath spray for lunch while in NYC making the "go-see" rounds, something we always laughed about years later.

Eventually, Steve decided to pursue other career choices that were more in line with who he was at his core being.  I am so thankful that he pursued his true calling.  Throughout his journey, Steve enriched so many lives, mine included. 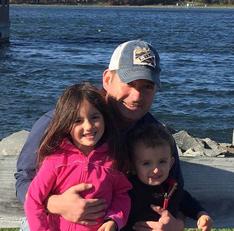 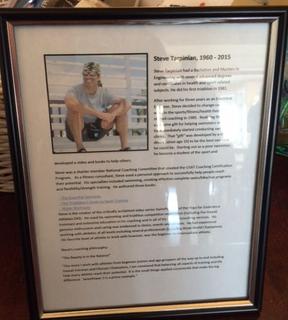 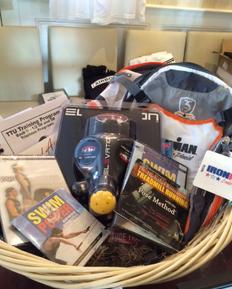 On January 30, 2016, a fundraiser was held in Oakdale, Long Island for the non-profit organization Airborne Tri Team (ATT).  Patrick Donohue of Project9line, the beneficiary of Slipped Away, introduced me to Ron Hurtado, a fellow veteran and  the founder of ATT.  I am so honored that  Ron has generously offered to include Steve Tarpinian's Team Total Training logo on ATT's 2016 triathlon and cycling team gear in Steve's memory.

ATT was specifically designed for mentally and physically challenged war veterans. The central focus of ATT is to provide war veterans with opportunities, physical challenges and goal oriented physical achievements to maximize their potential and increase their self-esteem all by being part of a Team. Self-Esteem is fundamental and promotes the development of physical, social and emotional well-being.  ATT encompasses this essential element of well-being in activities such as sports and fitness to promote social and, for physically injured, motor development.

A gift basket in Steve Tarpinian's memory was created for a raffle to help raise funds at the 1/30 event. In addition, Ron presented a proclamation certificate from NY State Senator Lee Zeldin to honor Steve's memory.  My many thanks goes to VIcki Belegrinos-Ventura for accepting Steve's award on my behalf.

Even though he is no longer with us,  Steve continues to help people.

I want to introduce you to Steve Dansereau, the illustrator and book layout designer.

Steve is a man who, as Steve Tarpinian might describe, is facing his fears, living his dreams and pursuing his passion; art. He was so touched by this memoir and could have been a kindred spirit of Steve's. This book would not have come to fruition without him. He has been my advocate, my adviser and has provided such kind and gentle guidance. Steve has gotten me through times where I was going to give up on completing this project. I feel as though he is a partner with me on this book and I think Steve Tarpinian would approve. 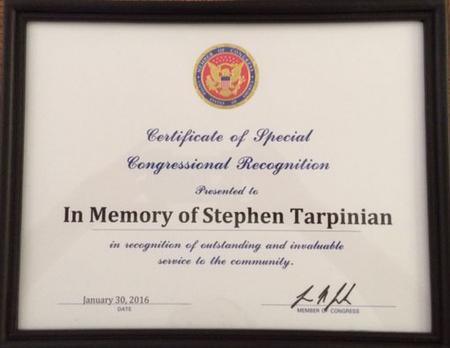 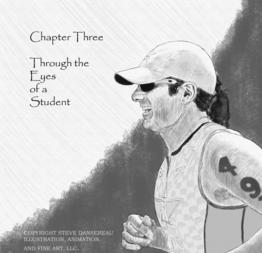 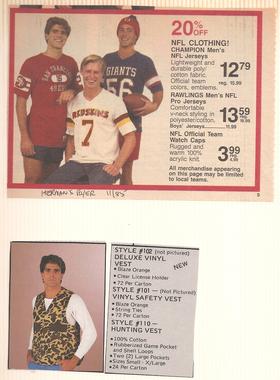 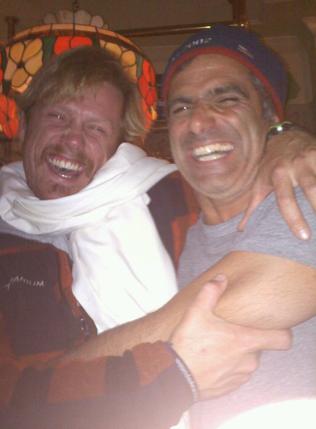 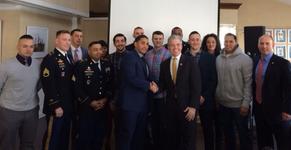