Back in May of this year (2015), I made travel plans to go to Arizona in November to see the place where Steve lived his final month and to talk to the people closest to him at this facility. I imagined I might find some "answers" to some of the questions the loved ones of someone who has taken their own life typically have; "why", "what could I have said or done differently" etc...

Before I went to the inpatient facility, I was able to go on some hikes to try and clear my head to prepare myself for what might be a painful experience.  Hiking was an activity Steve and I shared and we always relished and appreciated the beauty of nature, whether it was the forests of Colorado, the deserts of Arizona or the tropical rain forests of Hawaii.  My plan was to recapture some of that appreciation of nature and be grateful for once again being able to experience that beauty.

During one of my hikes, I came across a 'medicine wheel' in the desert; a spiritual structure some say is used by Native American cultures as a template for problem solving.   I know Steve was intrigued by these and I seem to recall him telling me about one he found while he was hiking in Arizona either this year or in 2014.  With a vision of Steve In my mind, I walked this 'medicine wheel' and tried to visualize that it was the same 'medicine wheel' Steve had walked while he was trying to solve his problems.

A few days into my stay, I met the founder of the inpatient facility where Steve spent his final days; I will call him John.  John told me that all who knew Steve there were so devastated by his death and all agreed that Steve had such a bright light shining from him.  Their compassion and kindness for both Steve and myself will never be forgotten.

John shared with me some things that were troubling to Steve regarding our relationship (things Steve never clearly articulated to me as being so monumental, or perhaps I chose not to hear them as such).  I realized that the concerns Steve obsessed about were things that many couples experience in committed, long term relationships.  If both persons are mentally healthy, and very much in love like Steve and I were, the issues are discussed and compromises can be made. Based on what John told me (and he was just reflecting Steve's words), my opinion is that Steve felt compromise wasn't an option for him and since he didn't want to hurt me, he chose to take his own life rather than trying to work through the issues. I am forever grateful to John for spending some time with me and sharing his thoughts about Steve. While I believe there is no such thing as closure over the loss of someone who was loved so deeply, my visit with John did help provide me some clarity and made me realize that there was nothing I could have done differently to cause a different outcome for Steve.  John's words to me; "ultimately, we hold ourselves back.....no one else does" is helping me come to terms with Steve taking his own life

No soup for you, one year! 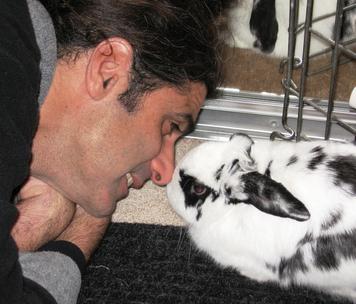 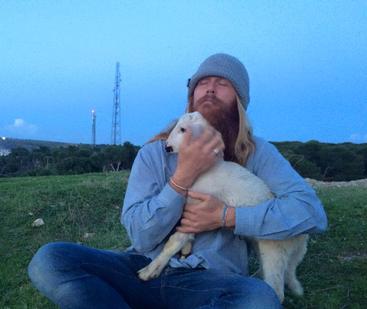 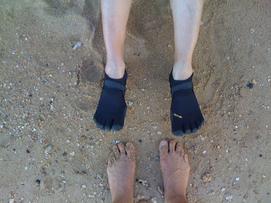 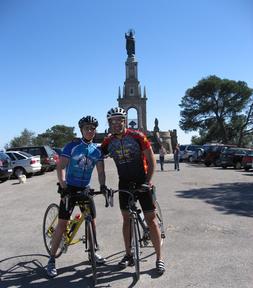 Parks and Steve at top of San Salvador 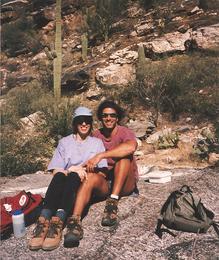 As I have mentioned previously, Steve excelled as a coach.  He instinctively knew when to push an individual and when to back off.  Steve coached the person, not just the athlete, whether it was a professional or a beginner.

"Steve inspired me to train for an Ironman when I didn't think it was a possible feat.  Part of that was convincing me that my body could handle the distance with proper training and the other part was Steve helping me manage my open water swimming fears." 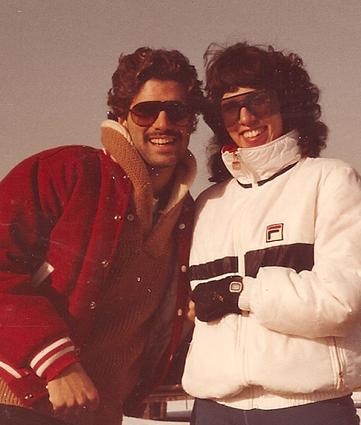 When I saw this photo of Armann with the lamb on Facebook today, I saw Steve's spirit.  Armann and Steve were kindred souls and good friends.  Both are/were strong men physically and in heart and neither are/were afraid to show their tender side which makes them that much more formidable.

You can always judge the character of a man by how he treats the weaker among us. 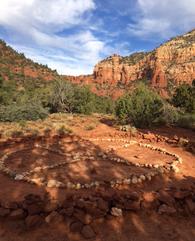 A few words from Parks 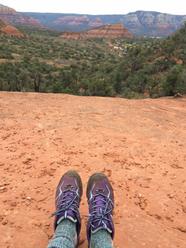 What better "great adventure" is there for two foodies like Steve and myself who were huge Seinfeld fans than to go to the NYC soup eatery made famous in a Seinfeld episode?

Steve and I loved to do what we called "eat arounds" in any city we travelled to so we could check out all the good food places.  One very cold winter day,  we decided to go to NYC and pay a visit to the soup shop that was the inspiration for the Jerry Seinfeld "Soup Nazi" episode.

We arrived about 20 minutes before it opened and the line was already halfway around the block.  As Steve and I walked to the front of the line to see when the store started taking orders (it is a small store front, no seating) we were warned by the other customers not to cross the painted line on the sidewalk before the store opened.  From what we knew from the Seinfeld episode, the soup man character was very strict in his ways.  That and the fact that the real soup man could see all that was transpiring on the line outside, Steve and I jumped back from the line so as not to annoy him. If you don't play by the soup man's rules, at a minimum, he will not give you any free bread with your order, or worst case, he will ban you from ordering soup for one year!

We went to get our place on line and watched as people were passing by with their purchased soup, rummaging inside their bagged orders looking for something.  Only later we realized what that was all about.  Steve and I discussed what we would order.  Steve said he wanted a medium split pea.  Ah, the soup man sets people up for failure.  I remember thinking to myself while viewing the menu, that it was kind of odd that you could only order sizes small, large or extra large.  Oh boy, we nipped that one in the bud and ordered exactly what we saw on the menu, a large.

As soon as Steve and I placed our order and according to soup man protocol, we stepped immediately to the left (like in the TV show) and we paid in exact change (scoring more points with the soup man).  Then we saw the soup man turn his head to the workers packaging the orders and nodded to them as they were processing our order.  After Steve and I got our soup, we walked away and rummaged through the bag.  We got free bread AND free fruit.  We did good and the soup man rewarded us!  And yes, the soup was amazing!  What a fun memory...