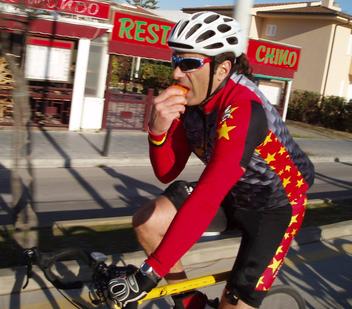 On July 23rd, I participated in the Airborne Tri Team 5k in Sayville . The race was directed by Ron Hurtado (founder of Airborne Tri Team) in an effort to raise suicide awareness, especially among our veterans. This race was a shadow run, meaning more than 600 troops in Afghanistan ran the 5k at the same time as the runners in Sayville!

Starting at midnight, Airborne Tri Team members and veterans Fabrizio Bustos , Sean Lyons and Billy Richards rucked the 22 miles from Calverton National Cemetery to the 5K start line in Sayville with their 45lb knapsacks and wearing their fatigues and combat boots, where they met the suicide survivors of those being recognized . Fabrizio was honoring veteran Bobby Hummel, Sean was honoring veteran Darian Clark and Billy was honoring Steve Tarpinian.

I was so humbled and honored that Ron and Airborne Tri Team have taken me under their wing and have chosen to honor Steve. Billy kept me on pace for the 5K walk and I was so thankful for his company and his support of Steve and myself at this race.

After the race, Ron gathered us all to do 22 pushups plus one for Steve so that we can remember that there are so many, especially veterans, that are still silently suffering, contemplating the taking of their own lives. We must honor and remember the lives lost to suicide with the hope we can inspire more conversation about what is perceived to be a taboo subject.

I struggled to keep my composure in the FIOS video interview below, but it was a very emotional day. 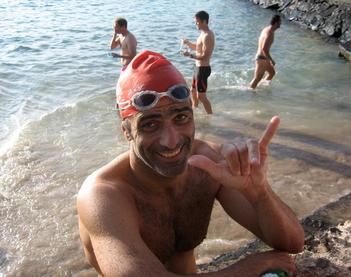 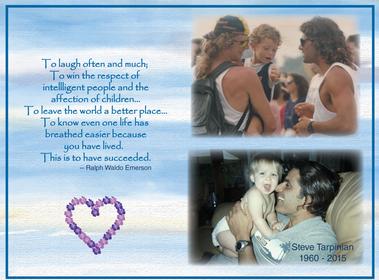 The memories keep coming back... I was out with some good friends the other night and they shared with me their harrowing story of driving up Pike's Peak in Colorado which is about a 13 mile drive to the top with over 150 hairpin turns.

This brought back a funny Pike's Peak story Steve had told me.  Many years ago, Steve was on a bike training ride in Boulder, Colorado.  His plan was to ride to the base of Long's Peak which was probably about a hundred miles round trip.  Another rider, probably looking to share some conversation with a fellow cyclist,  came alongside Steve and asked him if he wanted company.  Steve said "Sure, I am going to Pike's Peak and back"  Steve said he was puzzled when the guy looked  at him like he had two heads and said, "sorry, you are on your own"  Only later did Steve realize that Pike's Peak (near Colorado Springs) was probably about a 300  mile round trip with a treacherous ride to the top. 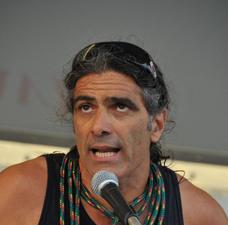 A quote from Chapter 4 of Slipped Away:

"My fondest memory of Steve was the pure joy he seemed to experience with such a seemingly simple act as, for example, swimming to the coast guard buoy in Kona. He took none of that for granted. And he shared that joy with me many times." —Michael Lovato 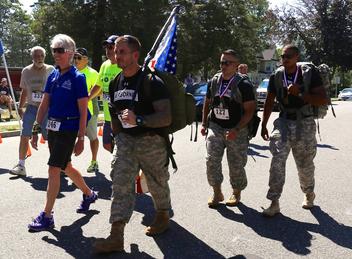 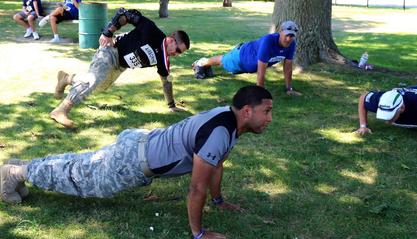 Lisa Laws, founder of All Women's Tri Team, was positively influenced by Steve and shared the following with me;

'Steve had so much to do with changing my lifestyle and when we were in Lake Placid he said to me "If you do an Ironman, want it. It's not one and done...it's a lifestyle. So many do it one time and walk away from it. You're not one of those people. I can tell you want it." I'll never forget those words and I tell my athletes that now when they talk about doing an Ironman. I also find as I train all over NY, I meet other Triathletes and Coaches and the talk is always about who you train with or were coached by. I'm always proud to say that Steve was my swim coach and got me out in open water swim (OWS) for the first time and told me I could do it. I remember hanging on the side of his paddle board in a panic and he stayed with me and got me through my first OWS. I guess I just always want to keep his words, his teachings and his memory with me as I continue on in my journey.

All Women's Tri Team now has 53 members in the 5 boroughs, Long Island and Jersey. We are setting up a team in Maryland as well. We continue to promote the sport to women, and letting them see that this is something they can do...and we guide them through the steps. I have since gotten my USMS Coaching Certification and hold Master Swim Classes at Riverbank for my team and anyone who wants to join in. I am a Certified Life Guard, and just received my USAT Tri Coaching Certification. My favorite discipline is now the swim, specifically OWS - who would have ever expected that - and I always share some of Steve's swim videos with my team and I find myself repeating things to them that he taught me. It's funny how when you're told something, at the time it doesn't seem that important, but later, you can really appreciate it.'

Thank you Lisa Laws for sharing how Steve had such a positive impact on you and for paying it forward.

22 push-ups plus one for Steve 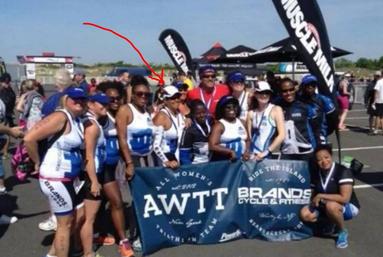 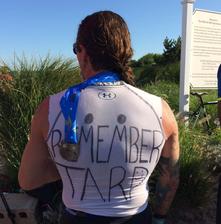 Today my good friend Mike Stewart and I went to watch the Smith Point Triathlon. The venue for this race is beautiful as the finish is on the beach. It was a memory filled and emotional day for me. To see what Steve created and the hundreds of athletes enjoying themselves touched my heart. I also saw some friends and members of the former Team Total Training triathlon team; Joanna, Lisa, Claudine, Mike, Sean (honoring Steve's legacy with his racing shirt), Holly, Bobbi, Kate, Debbie, Denise and Deb It was also nice to re-connect with some of the EventPower staff, Vicki, Vicki, Mark, Nigel, Shari, Tara and Trevor. Forgive me if I forgot to mention someone's name; I was a bit overwhelmed today. All of these people knew Steve for many years and I am thankful for their kind support and the memories of Steve that some of them shared with me.

Since Claudine had to leave early, together we did 22 pushups (signifies the amount of veterans who take their own lives each day) plus one for Steve. Of course, I had a total meltdown after we finished and melted down once more when Airborne Tri Team and I did the 22 + 1.

All in all, it was a good day, seeing so many friends from the past and my new friends from Airborne Tri Team. I think Steve would agree. 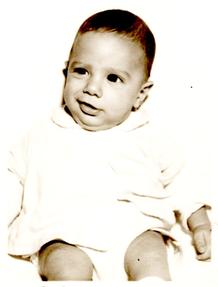 In 2000, I was on a business trip to Britain.  I had always carried this photo in my wallet, so I was devastated when I was pick pocketed on the London subway.  As I was making a police report, detailing what was in the wallet, I broke down in tears, not because of the lost money,  driver's license and credit cards, but because this was the only copy of Steve's baby photo I had, no negative and no digital image backup.

Months later, I received a small package from Britain.  It was my wallet, along with everything (except for the cash) in it, including the baby photo.  There was also a note from a rail worker saying he found the wallet on the tracks and thought I might like to have it back.  He indicated the workers find a lot of wallets tossed by those who pick pocket as they are only after the cash.  I was so touched by this man's kindness and thrilled to have the photo back. Now, it sits framed on my desk and I have created multiple digital backups.