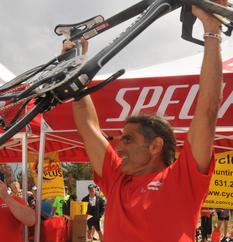 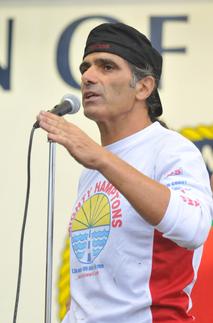 Vicki Belegrinos-Ventura had known Steve since 2002.  In the past, she worked for him in various capacities on both the event side as well as on the coaching side of his company. Vicki is now one of the owners of EventPower, Steve's former multisport event company.  When I asked her if she had any special memories of Steve she would like to share, she had a hard time choosing just one.

"We have had great times in Montauk...I remember staying with you and Steve the first year I went to see the RJA Memorial Triathlon in Montauk.  I remember Steve and I running out of gas in Sag Harbor, but thankfully Steve had his bike in the back of the van to get some more gas. I remember going for a run in the middle of the day at Jones Beach.  I remember when Steve came to my house with soup when I had the shingles, being in Colorado together, swimming in Mirror Lake, swimming to the coffee boat in Hawaii, driving to Montauk...thinking we were following someone to take a shortcut and ended up following them to a strip club and were mortified, being part of Team Total Training mountain bike ride on New Year's Day.  I remember learning how to coach from Steve and remember staying up late working on races the night before the event to being up at 3:30am to make sure everything was ready. There were so many great times that it's hard to pick out one to share, but with all these memories I think this story shows Steve's compassion and that you do need balance:

One of my best memories with Steve is when we were in Hawaii in 2009 at the Hawaii Ironman Championships. Steve was the type of person that always knew the best spots to go whether if it was for swimming, eating, coffee or dark chocolate. When we were in Hawaii, everywhere we went, Steve was invited to parties, the VIP areas and was always busy. He made sure that he took the time out of the trip to take me, Bobbi Nigro and Adam Kuklinski to a beautiful secret gem. We went for a drive to a place where we could rent canoes and we canoed through the clearest waters with a mountain beside us to a place where we could snorkel. It was the best snorkeling place I have ever been and it seemed like it was just like Steve to know exactly where to take first time Hawaii go-ers and to enjoy a drive, canoeing and snorkeling. It was not only special that he took us to this spot, but it was an example of the type of person he was, that he took time out of his extremely busy schedule during one of the biggest triathlon weekends of the year to share these moments with us. I will always remember the great times we spent together and that one of the most important things in life is to always remember “The Beauty is in the Balance”. 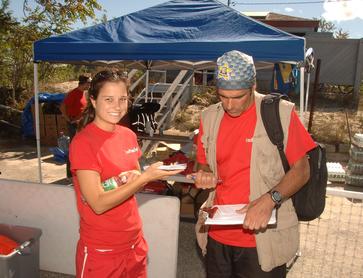 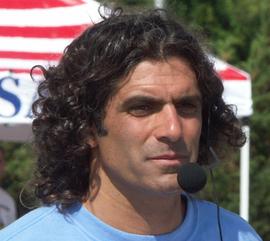 Whenever I would say to Steve; "Someday I am going to ______" (fill in the blank), he would always respond "Someday is not on any calendar", implying that you need to set a fixed target date, or it will never happen. One could miss the target date, but another one must be set to achieve that goal. Steve was a firm believer in defining timeframes for achieving goals. He had many successes in his life and it certainly wasn't because he said "Someday I will run an event company" or "Someday I will create educational swimming DVDs" etc.

2007, Vicki and Steve at Mighty Hamptons 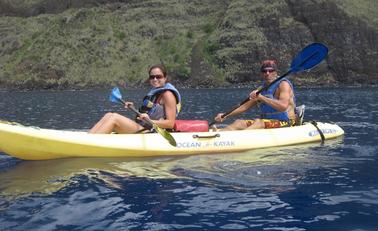 Initially, when Steve created his EventPower company in 1993, he was the official race director for the first few events.  As time went on, he hired race directors who were always personally trained and guided by Steve's principles.  However, Steve was always the "go-to" guy when the going got tough and he was always a visible presence at all the events his company produced. Known for showing up before dawn to have breakfast with his event day staff and rolling up his sleeves to work side by side with his setup crew, Steve was also usually the last one to leave after the event, picking up garbage left in transition and at the finish line as he went.

In 1999, Steve received a letter from USAT (Triathlon's governing body) indicating they felt he was one of their best race directors because of his commitment to safety and successful events.  I believe Steve's company set the bar on Long Island for how events should be run.   The key components to his success were Steve's experience and knowledge of the sport, his focus on athlete safety, caring about all the triathletes' experiences, not just the top finishers and finally, Steve's commitment to his staff.

Steve was a quick, on your feet thinker when it came to resolving any race day challenges that came up.  One year, the lifeguards did not show up for an event with the triathlon swim about to start.  Steve's race director at the time suggested cancelling the swim and to make the event a duathlon.  Since Steve was a lifeguard, as were two key staff personnel, on the spot, Steve pulled the other two staffers from their assigned roles and the three of them went on to the swim course to perform the lifeguard function and the swim went on, without the athletes realizing they were almost duathletes that day and not triathletes.

Athlete safety at the events was so important to Steve.  Even though he did his best to staff key spots on the bike course, he always told me he breathed such a sigh of relief when the last biker was off the course since he felt the bike could be the most dangerous leg of the event, especially if the roads were open to traffic.

One year, on an event day, the weather was pretty blustery, with strong winds and lots of rain.   In his race briefing, Steve encouraged athletes to drop out and be proud of it if that was the correct decision for them. He felt that every athlete needs one or two challenging race conditions in their experience library of memories but never at a risk that is above their level of skills and acceptance of risk. He told the athletes it was a very individual decision to participate or not and that  "Finish at all costs" mentality is stupid!   Steve would have cancelled the race in a heartbeat if he felt the conditions warranted it, and if so, no athlete would have been allowed to compete.  As it turned out,  the worst injury of the day came from a bike crash, however it had little to nothing to do with the conditions!  A car hit a deer and the deer hit the biker! (the biker ended up with no serious injuries)

Steve conducted his events with a purpose of giving the best experience to the most athletes.  Rather than offering prize money or high end awards to top finishers, he would allocate more funds to go to higher quality items that all athletes would receive such as shirts and finisher medals.   He also would rally spectators and staff when the last athlete crossed the finish line to give that person the experience of a cheering crowd as he or she accomplished their goal.Finally, Steve felt if people were performing work on race day, they should be paid for it and set up a race day staff model that did not depend on volunteers.    Staff could get paid for the day or request race credits to be used for entries into other events Steve's company produced.  Steve felt It was a win-win situation for all involved, since paid staff were usually more reliable and appreciative and that made for a better race day experience for the athletes and the staff person was being paid for their time. 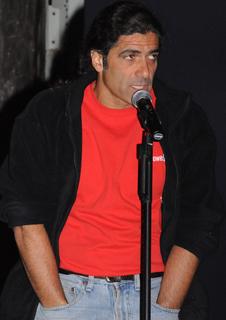 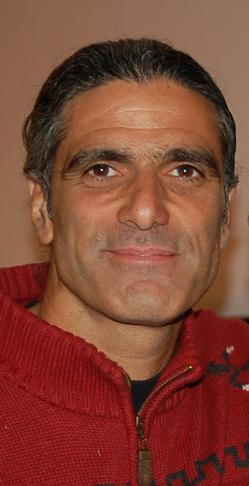 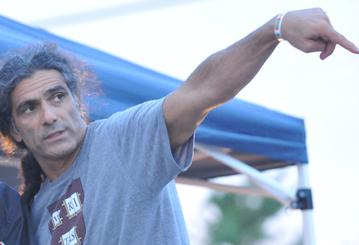