Yesterday (10/23/2015) was an emotional day.  I picked up the first printed copy of Slipped Away.  I feel as though my life is at a major crossroads.  Where my journey will take me, I don't know.  The book may be financially successful (my wish for Projecet9line, the beneficiary), however, I have already achieved one of my goals in publishing it; to inspire conversation about mental illness.  Since I have announced this memoir, more than one person (some I don't know that well) have told me of their experiences, whether they themselves suffered from depression or one of their loved ones took their own life.

After Steve passed, my good friend Pat, sent me a daily meditation book for working through grief called "Healing after Loss".  From yesterday's meditation:

"But our life has changed now, with the event of this loss. Perhaps it is time to take the energy we poured into that relationship and turn to some new thing... What new thing might you want to try?

Do you dare?  Why not? Think of your loved one as blessing your effort, smiling through the veil that separates life from death, cheering you on-- 'Go ahead, give it a try, I dare you.  You know I'd love to have you succeed.  And you may.  This is the time!' "

Then this morning, another good friend, Claudine, sent me a prayer that was read at a healing service she went to yesterday (it's called a yahrzeit) that was so timely and meaningful for me.  (see image)

Steve always said, "there are no coincidences".  He also had written within the past year or two that  he hoped he would be remembered as one who dared greatly and I am sure he would want me to dare greatly as well. I believe the hand of Steve will continue to guide me in my journey that I sincerely hope can help others.

For many triathletes, the ultimate race is the Ironman World Championships in Kona (2.4 mile swim, 112 mile bike, 26.2 mile run).  In 1982, the world was introduced to Ironman after ABC’s Wide World of Sports featured the this race and focused on Julie Moss moving toward the finish line on Ali`i Drive in first place despite becoming severely fatigued and dehydrated. Viewers were in awe when in the homestretch, she staggered and fell to the ground, just yards from the finish line. Passed by fellow competitor, Kathleen McCartney, Moss was determined to cross the finish line. Her determination inspired millions.  (Originally from: http://www.ironman.com/triathlon-news/articles/2003/06/julie-moss-%E2%80%93-back-to-kona-to-celebrate-her-defining-moment.aspx#ixzz3yTsAZSsd)

In 1993, Steve won a lottery entry into this race at a time when the legends in the sport were the top contenders.  Mark Allen won that year; other 1993 participating legends included Paula Newby Fraser, Ken Glah, Mike Pigg, Scott Tinley and Juergen Zack (Steve coached Juergen in swimming years later).  Steve's overall time was 11:41:43 with a 53:52 swim, 6:08:29 bike and a 4:39:42 run.  He placed 892 out of 1353 world class athletes.  This, in spite of having two flats on the bike and having to wait for the roaming repair van to bring him a new wheel on the course.  Steve was in top condition for this event, but, even though he had mechanical issues, he still persevered to the finish and used this experience to share with athletes he coached that it is not necessarily how fast your times are, but rather how to continue on in spite of adversity and to deal with the cards you are dealt on race day that are not necessarily in your control. 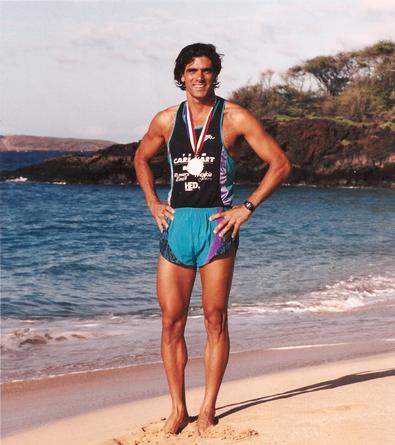 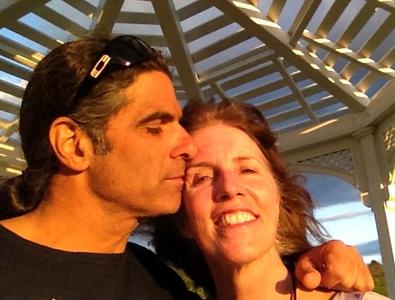 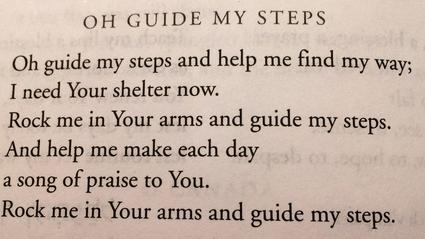 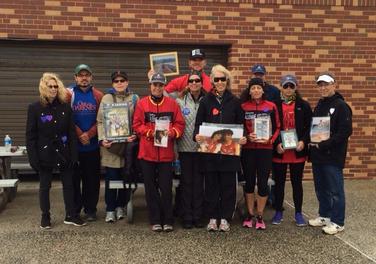 Since Steve traveled a lot, he picked up expressions and phrases in many languages, especially German.  We joked that he was fluent in multiple languages, even though he may have only known a few words in the language.  Thus, Steve was "fluent" in Armenian, Spanish, French, Italian and German.  If we heard someone speaking a language we didn't recognize, I am not sure why, but Steve would always claim it was Portuguese, hence it gave him an excuse not to translate. This always gave cause for us to chuckle together.

Although Steve was not really  "fluent" in all those languages, he truly was a great communicator, as evidenced by his skilled coaching ability.  He had a flair for public speaking and over the years, Steve had conducted hundreds of swimming/cycling/running workshops, camps and clinics both in America and Europe. In 2000, because of his great reputation as a speaker and sports knowledge and experience, Steve was invited to be a featured presenter at the Sydney 2000 symposium held at the French Olympic Training Center in Paris.

I participated in the American Foundation for Suicide Prevention (AFSP) annual Out of the Darkness awareness walk at Jones Beach. The turnout was good considering how windy, rainy and cool it was this morning. By the time the walk had started, the rain had stopped, and although overcast, the weather was still nice for the remainder of the morning. I was amazed at how many young people were walking in support of their friends and family members lost to suicide. I was also so saddened to see the photos of so many loved ones who had passed that seemed to be so happy in their pictures. As it was with Steve, I believe there were bright moments in the lives of these souls, who eventually feared living more than they feared dying.

I was honored to walk with Steve and Lisa Nasoff and Mindy Davidson who were paying tribute to their mothers lost to suicide. It is a deep grief we all shared losing someone so close to us who took their own lives.

Steve, Lisa and Mindy had seen a young woman walking alone, long brown hair, wearing a white Tshirt that had a photo of Steve racing on the back of her shirt. I have no idea who it could have been, but would love to thank her for honoring Steve; so if anyone knows he she is, please message me.

Today, the walk started at Zach's Bay, where I first met Steve in 1981 by chasing after him on my roller skates while he was off duty running with two other lifeguards. The group photo was taken at Field 1 which is where Steve lifeguarded when I first met him. Never in a million years would I have thought back in 1981, I would return to Field 1 in 2015 to honor Steve's memory in an AFSP walk.

All in all, it was a good day, walking with caring and kind people who loved Steve and also to see so many others coming "Out of the Darkness" and publicly supporting the loved ones that they lost to suicide. 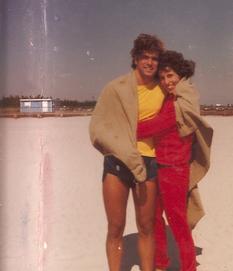